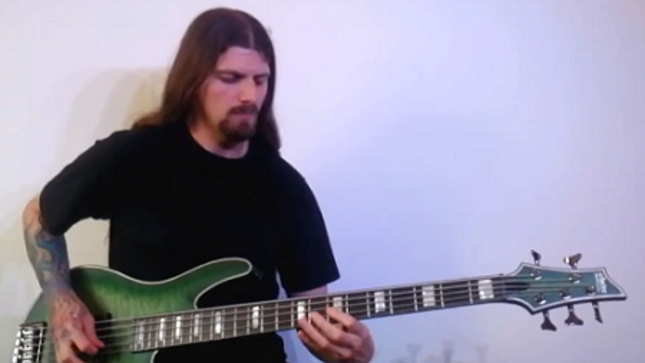 "My next playthrough video has just dropped, and this time I decided to do a cover of my very favourite band," says Cradle Of Filth bassist Daniel Firth. "Of course, that's Iron Maiden, and the song is 'Infinite Dreams'. I'm probably opening myself up to a lot of criticism by playing this with a pick, but I hope you like my interpretation in any case. Up the Irons!"