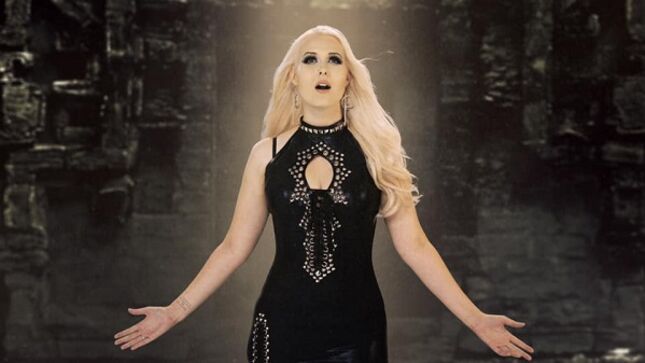 On June 4th, Cradle Of Filth brought their North American tour for Existence Is Futile to the Opera House in Toronto, Ontario. It was there that COF's new keyboardist, Zoe Marie Federoff, met former Cradle Of Filth keyboardist / backing vocalist Lindsay Schoolcraft.

Federoff shared the photo below along with the following message:

"When the past meets the present. Nothing is cooler than having one of the legends who preceded you encourage you and root for you in your new position with Cradle Of Filth. Lindsay Schoolcraft is the GOAT and it’s an honor to stand where she stood and sing the songs that inspired me when I was younger."

Lindsay was a member of Cradle Of Filth from 2013 – 2020. She recorded two albums with the band - Hammer Of The Witches (2015) and Cryptoriana: The Seductiveness Of Decay (2017) - and was replaced by Anabelle Iratni. 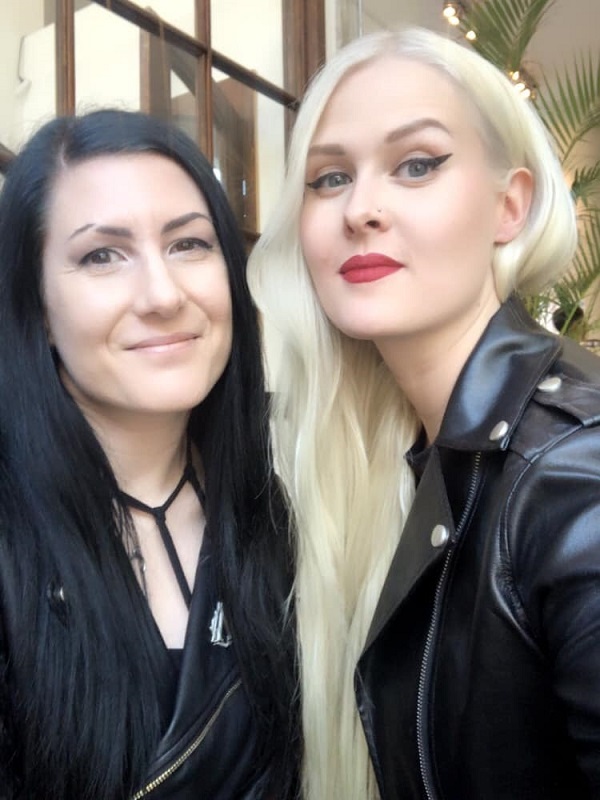 In early May, Cradle Of Filth revealed that guitarist Richard Shaw and keyboardist Anabelle Iratni had both left the band. Their replacements were also announced, namely Donny Burbage and Zoe Marie Federoff.

Zoe introduced herself to the legions of Filth fans around the world with the following statement via social media:

"It is with immense pleasure that I announce the Grammy-nominated dark forces of Cradle Of Filth have asked me to join them on their dark and fantastical adventures, and I’ve agreed to provide them with my vocals and keys. It’s a great honor to work with some of the people who inspired my own musical path in the first place and I couldn’t be more excited. I’d like to thank my bandmates in Catalyst Crime for encouraging me to go for this position, Vixen, Andy, and most especially the greatest keyboardist I know, Jonah Weingarten, for helping me prepare for the role.

Catalyst Crime isn’t going to disappear, you’ll be hearing plenty from us soon about the next album and future plans, but in the meantime you can catch me on tour in the US and Canada with Cradle Of Filth for the next six weeks and throughout the summer festival season as well - check their site for dates and events!

If you are new to my page, welcome. I am honored to help deliver your favorite CoF songs and I look forwards to meeting you!"

Austrian rock and metal empire, Napalm Records, has announced their exciting new partnership with Cradle Of Filth, who have just signed a worldwide contract with the label.

Positioned firmly at the top of the extreme black metal genre, Cradle Of Filth - led and revolutionized by iconic frontman Dani Filth - reign supreme as one of the most revered, formative and notorious names in the scene, and are undeniably responsible for breaking ground for many of today’s top metal artists with their trademark mixture of grim blackened heaviness, macabre theatricality and scintillating gothic style. The rule of Filth began in 1991, followed by the unleashing of 1994’s The Principle Of Evil Made Flesh - humble beginnings that expanded into cinematic classics like Cruelty And The Beast and Midian.

The band’s unyielding international touring schedule has garnered them a massive following both in the cult underground and at the top of the mainstream, defying trends while staying true to their roots. More recent offerings such as 2015’s Hammer Of The Witches and 2017’s Cryptoriana - The Seductiveness Of Decay continued to bolster the unremitting legacy of Filth, until the band, along with the rest of the universe, was abruptly halted by the global pandemic in 2020.

But, as is evident by the staggering response from their devoted legion of followers, that time was put to good use, spurring the emergence of the band’s latest, breathtakingly heavy offering, 2021’s Existence Is Futile. The album debuted at #20 on the Billboard 200 with Hard Rock Genre, on the Hard Music Albums charts at #4 in the US and #5 in Canada, #9 on the German Album charts, #3 and #5 on the UK Rock & Metal Albums chart and UK Independent Albums chart respectively, #4 on the Finnish Albums chart and many more, proving that Cradle Of Filth continue to own the dark.

Now, Napalm Records is honoured to deliver the band’s haunting hallmark to the masses as their musical panorama reaches into the future.

Cradle Of Filth mastermind Dani Filth says: “It is with great expectation and excitement that we announce our move to Napalm Records, having seen and heard a great deal of complimentary things about the label, which in turn leads us to believe that this will be the perfect nesting ground for Cradle Of Filth in 2022 and beyond. We’d like to thank all our fans for their continued support and trust in us doing the right thing for the band and its music. All hail the eternal ‘Filth!”

Thomas Caser, CEO, Napalm Records adds: “We are thrilled to welcome the most influential and iconic extreme metal band to our ever-growing Napalm Records family. Being a fan of the band since their very first album, it is with great honor and excitement that we’re able to work with them from now on! We are ready to conquer the metal world with Cradle Of Filth!”