CREDIC Shares Cinematic Video For "The Mountains Between Us" 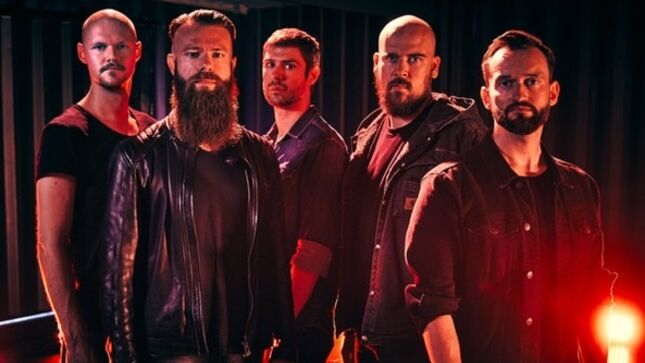 Stuttgart, Germany based melodic death metallers Credic have released a brand new music video for "The Mountains Between Us". The track is taken from the band's latest album, Vermillion Oceans, and features not only Credic's usual intense soundscapes, but also the legendary performer Olivia Jackson (Resident Evil).

"The Mountains Between Us" is the grand finale in mastermind Thomas Kettner's video trilogy for Credic's album, Vermillion Oceans.

"It's a cinematic work of art starring the exceptional woman Olivia Jackson. A woman, a car, a mountain road and a banging song. Lean back and enjoy," comments the band.

With their sophomore album, Vermillion Oceans, released April 22nd via Swedish label Black Lion Records, Credic delivers a furious and wild, yet emotional metal Iliad. An epic brand of melodic death metal that is, despite upholding the very DNA of the genre, free and bold, charging with vigour and embellished by a monumental aura of longing not unlike the feeling you get when you gaze at the starlit sky in wonder and terror. Imagine a cross between Gothenburg metal and the score to Stranger Things, Vermillion Oceans sounds like a massive, zeitgeisty metal album taking a stroll through Hawkins, Indiana. The album is available now at this location.