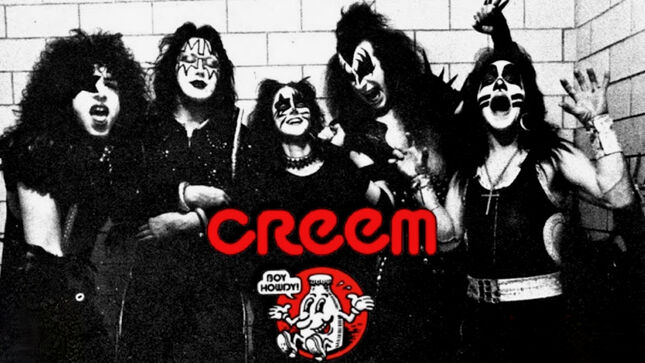 The latest episode of Three Sides Of The Coin - the unofficial KISS podcast that celebrates the hottest band in the world, KISS - is available for streaming below.

A message states: "We take you back to the very early days of Creem Magazine in Detroit, MI as we are joined by journalist and co-founder of Creem Jaan Uhelszki. Jaan may be best known to KISS fans as the author of "I Dreamed I Was Onstage with KISS in My Maidenform Bra" which documents the night she performed in full costume and makeup with KISS - the only rock journalist ever to do so.

"Jaan shares what the rest of the Creem staff thought of KISS. How she came up with the Maidenform Bra story, what was happening in the dressing room, what it was like on-stage. She also talks about being at the party with Gene Simmons where he got high on a pot brownie and how he was acting once he was high. What did he have to drink? Jaan shares the story about how the unmasked photos that Creem took of KISS were stolen and were released. She also gives insight into fellow Creem journalists Dave Marsh and Lester Bangs. And we play a word association game with Jaan that reveals some surprising responses."