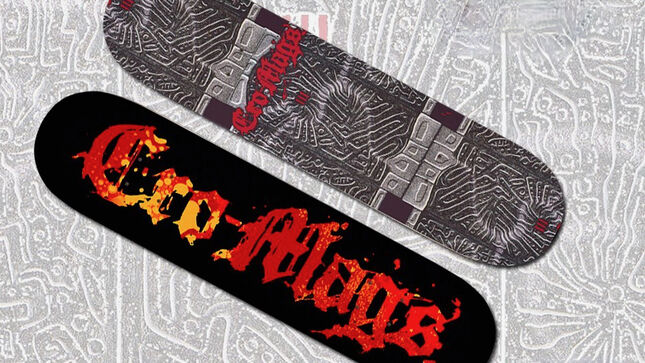 Celebrating the 30th anniversary of Cro-Mags third studio album, Alpha Omega, released on May 12, 1992, Cro-Mags has teamed up with Volatile Skateboards to launch a new official line of Cro-Mags decks - kicking off with the limited edition Alpha Omega alongside the iconic Cro-Mags logo. 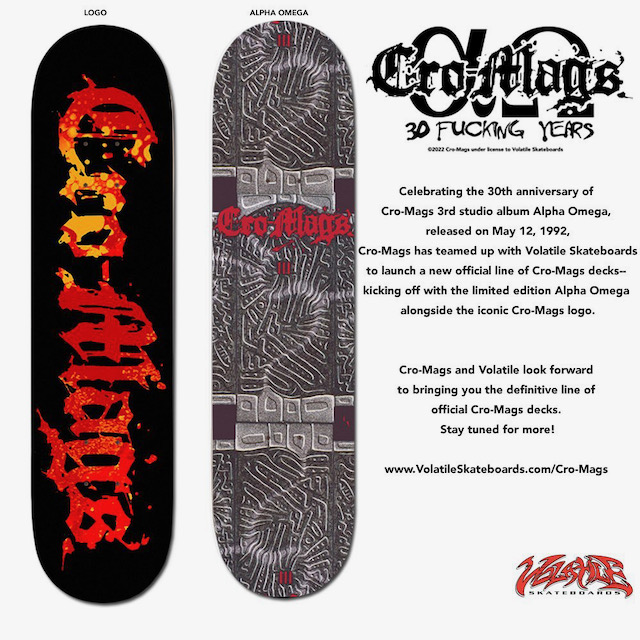 Cro-Mags, the legendary hardcore punk band from New York, are going strong in their 4th decade - having just released a full-length studio album In The Beginning (2020) and the 2020 EP (2020), which has been described as the essential soundtrack for that insane year. Getting ready to head out on a world tour, 2022 is also an anniversary year for this historic outfit.

Cro-Mags and Volatile look forward to bringing you the definitive line of official Cro-Mags decks. Stay tuned for more!

To pre-order these skateboards, head here. 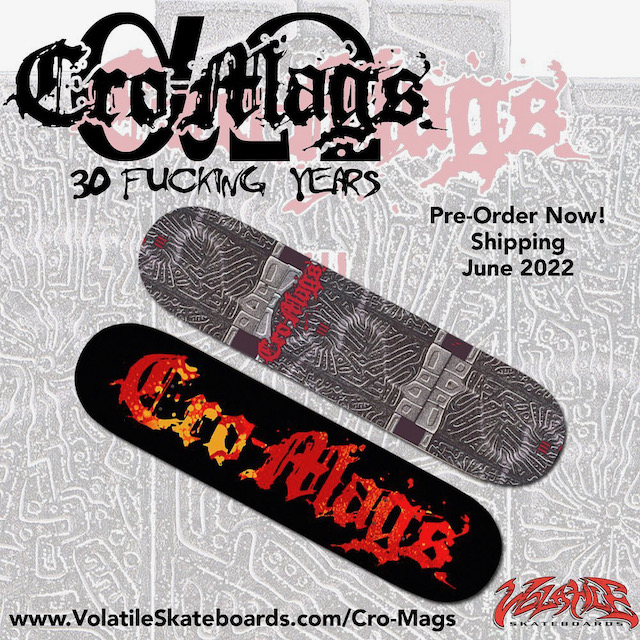