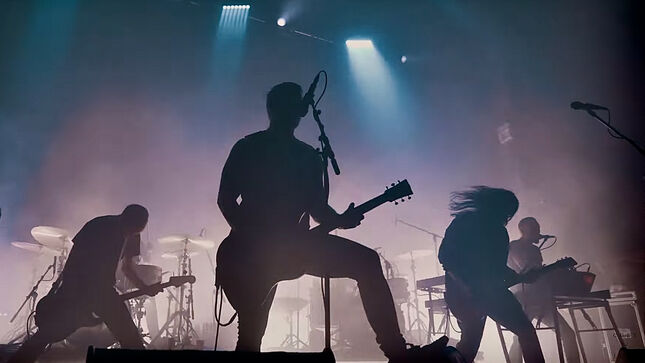 No rest of the wicked, Cult Of Luna have just released a 25-minute-video of their 2022 touring adventures. Check it out below. The band will return to European venues in March, this time around co-headlining with the infamous Russian Circles.

"Not knowing what to expect when we got out from our unexpected and involuntary hiatus, we were blown away by the numbers of people that came to see us. The love we received was truly moving and it felt like the tour just started when it was over. But time moves quickly and soon it's time to get out again. In these chaotic conditions that the world is in right now, we can't do much than trust in music as a rewarding constant. A tool of power and comfort. We hope to see you out there next year", says Johannes Persson. 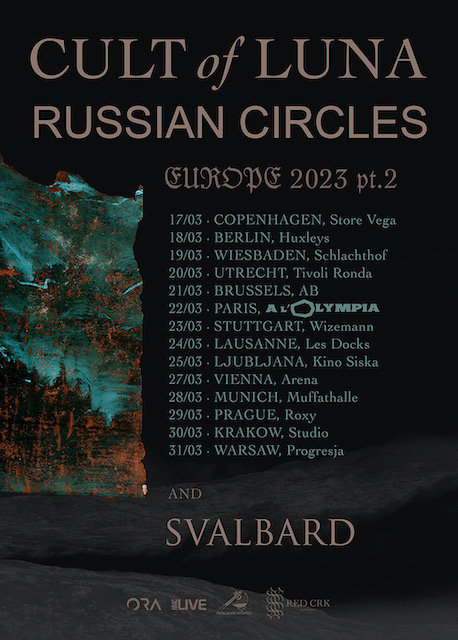 For over two decades Cult of Luna have forged a sound incomparable to others - ambitious, epic, visceral, and drenched in emotion. Earlier this year Cult Of Luna released their latest full-length; The Long Road North marks as a follow-up to last year's The Raging River EP. As is the case with every album from the band in recent years, there is a lot of shifting of dynamics and sonic density, and perhaps more so than usual on The Long Road North.

"It's a big and cinematic sounding album. I think one of the reasons why we have been able to be so productive the last couple of years is that we have been consistently writing from the heart. We have let our instincts guide us, and I think it's getting clearer where we are heading," reveals vocalist/guitarist Johannes Persson, who has been one of the primary driving forces behind the band since their inception.

Persson continues, "The long road north is a long road home. A direction dictated by a call that penetrates rock and echoes through the forest. It flows over every lake, accelerated by the wind. When it reaches you, you know it's time. Time to move forward. You don't know where it will lead but you put the trust in it. With eyes raised towards the midnight sun it pulls you closer. The road is long and the end is uncertain."