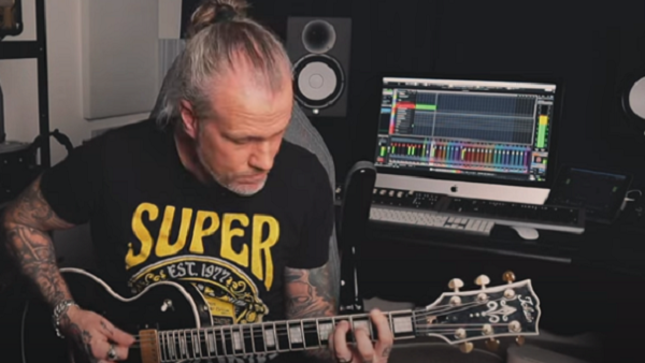 Valovirta has shared some new original music along with the following message:

"Happy 2022 everyone! Let's start the year with a brand new song called 'The Boogie Boy' by yours truly. Available now on all major digital platforms.

I’ve been publishing videos on my YouTube channel quite often for the past two years since we haven’t been able to tour with Cyhra for the obvious reasons. Most of my videos starts with an intro song written specifically for that video about a certain amp, effect pedal etc. and 'The Boogie Boy' started as one of those.

The title comes from the amps I used on the song; my Mesa/Boogie Mark V and my old Marshall JCM800 2203 (The Bad Boy). It’s also a reference to John Sykes, one of my all time favourite guitarists, since he was/is also known to use Boogie & Marshall amps and blend them (in the studio), like I did with this one, to get that pretty huge tone.

I’ve been asked quite many times that are those intro songs available anywhere and ten of them are on my second solo album ‘Shooting From The Hip’ (2020). But I’ve written so many songs after the release of that album so I just thought that I’ll start to put them out every once in a while which someday will lead to the release of my third solo album. And some of the songs will appear on the next Cyhra album which we’ll start to record in early 2022."

"The Boogie Boy" is available here.