Red Wolf's debut album, Sessions Vol. 1, was released in October 2020. They have released an official video for the song "Hypocrite". Check it out below.

It all started in Spring 2020, during the COVID – 19 lockdown, when Euge Valovirta (Cyhra) had received compliments and questions about the songs he had used on his YouTube channel’s videos which were just 1-2 minute clips of cool riffs basically written for a particular video about a certain amp, effect pedal, etc.

Around the same time Adde Larsson, with whom Euge had played several Cyhra shows since he had filled in for Alex Landenburg, called Euge that he really likes Euge’s solo album, Easy Does It, and if he ever plans to record another he’d like to be the drummer on that.

Since all of their main band’s tours were cancelled, they had plenty of time so they decided that Euge will complete the aforementioned clips into full songs at his home studio in Helsinki, Finland and Adde will then record drums on them in his hometown Gothenburg, Sweden. When the demos of the songs were finished Euge decided that the songs require vocals and someone to finish the writing process with him and the first guy he thought who’d be perfect for the job was Samy Elbanna (Lost Society) and Samy replied immediately, without hearing a single song, that he is in.

Around the same time, Euge thought that he wants his old bandmate from Suburban Tribe Janne Joutsenniemi (Stone, Suburban Tribe) to play bass on the songs and Janne also replied immediately that he is in. Janne also growls on the album which he hasn’t done since Stone’s last album Emotional Playground (1991).

After the drums were done Euge, Samy and Janne recorded their parts at their home studios and by early July the recordings were finished, without the guys meeting once during this time, and the mixing started at IYP studios in Gothenburg, Sweden by Matthias Törngren.

Euge Valovirta: “All of this happened very naturally & effortlessly and this has been probably the easiest album writing & recording process that I’ve ever been a part of and I’m really happy how everything turned out. 'Crossing The Line' was the first song we completed and it set the direction for the rest of the album. It’s working title was 'JCM800' ‘cos it was written for my YouTube channels’ – video about my all time favourite amp; Marshall JCM800 2203 which I used on the album, naturally."

Samy Elbanna: "As a person who always has enjoyed creating and doing as much as possible, this was an absolute dream to be a part of! This has been without a doubt one of the funniest and most organic projects I’ve ever had the honor to participate! Great songs and a great group of guys, what could be better?!"

Janne Joutsenniemi: "I haven’t played or sung for a while so this was a nice change for me to rock out with the guys, even from a distance since everybody played their parts on their own for obvious reasons. I haven’t even met or talked with Adde but it was really fun to play the bass on top of his drums and my playing fitted naturally to his playing. I can hear hear the fresh and enthusiastic touch in everyone’s playing and everything was done in the spur of moment since we had no time or need to analyze and rehearse things any further. It was straight forward full speed ahead, trusting your own intuition and that’s what music is all about."

Adde Larsson: "Having been working together with Euge as a stand in drummer for Alex Landenburg in Cyhra for about 2 years and with a bunch of shows and tours under the belt together, me and Euge have really hit it off and he has become a very good and dear friend of mine. When this opportunity rose to do this project together there was absolutely nothing that would stop me in my tracks to take the change and join! To also be playing with Samy and Janne in the same band was a massive extra privilege and a surprise to say, especially knowing what they have achieved in their individual careers! It makes me very humble and excited to be a part of this machine and it’s just simply awesome and honouring to be a part of this all." 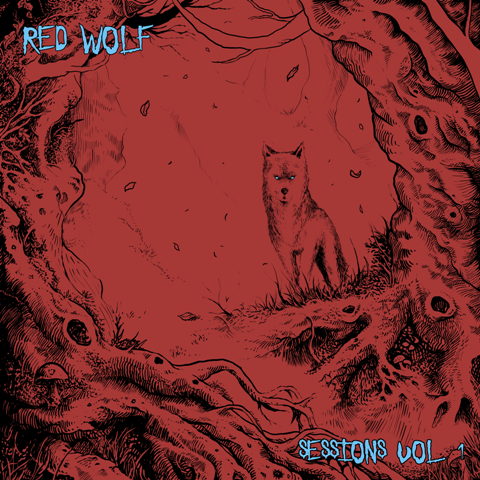