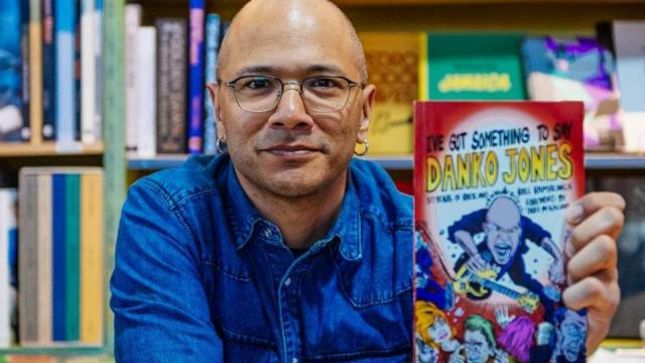 "Stockholm! On Monday, July 23rd I will be at Sound Pollution Store in Stockholm speaking about my book, I've Got Something To Say. Come and have a listen, get your book signed, or buy a fresh new copy there. We’ll have a few copies for purchase. See you there!"

Danko recently released his book, I've Got Something To Say, featuring a foreword by Guns N' Roses bassist Duff McKagan, illustrations by Away, Damian Abraham, Eerie Von, Fiona Smyth, Juan Montoya and more. It compiles his best articles written for rock magazines over 10 years. He has posted the following message:

"If you live in Europe and you’re interested in ordering my new book, but it’s too expensive via Amazon, then try Turnaround UK, where shipping rates are markedly cheaper. Only catch is you must wait until July."

Danko has posted a brief unboxing video for I've Got Something To Say, which can be viewed below.

Danko Jones (the band) have added four shows (**) to their upcoming European tour this fall. Their schedule is now as follows: