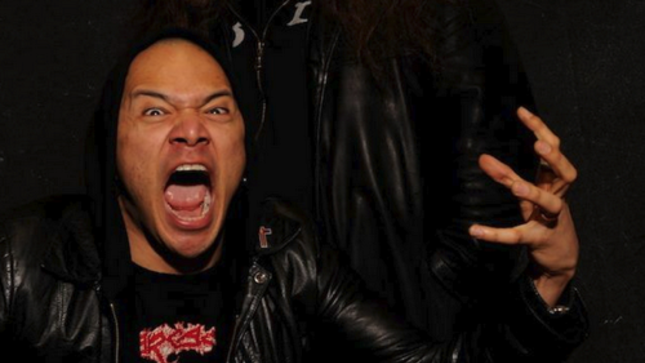 "My book, I've Got Something To Say, is coming out June of this year on Feral House. I know it’s a few months away but I wanted to start the year off by telling everyone to keep it in mind. Foreword by Duff McKagan, illustrations by Away, Damian Abraham, Eerie Von, Fiona Smyth, Juan Montoya and more. It compiles my best articles I’ve written for Rock Magazines over 10 years."

Danko has posted a brief unboxing video for I've Got Something To Say, which can be viewed below.

Danko Jones (the band) were recently holed up at HippoSonic Studios and The Farm in Vancouver working on the follow-up to their 2016 album, Wild Cat. Check out some updates from the recording sessions below.

Drums are done! On to bass guitar. Nice one, @richknoxdrums. You’re up, @calabresejohn. We’re here at HippoSonic Studios in Vancouver with Garth Richardson producing @gggarthhoser @hipposonic

Regram from @thefarmstudioscnd and @calabresejohn. Cooper is making sure he’s happy with the woofer in the bass. Recording with @gggarthhoser.

Here’s a shot @gggarthhoser took of me at @thefarmstudioscnd right before we started guitars today. I’m listening back to the tracks in astonishment at how fucking hard these songs are kicking my ass. @richknoxdrums and @calabresejohn finished their tracks and tagged me in.