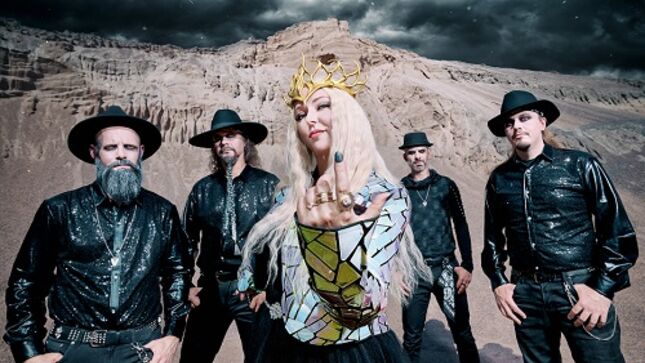 "Warning Sign'' is the first single from cinematic metal icons Dark Sarah's upcoming fifth studio album, Attack Of Orym. It's a powerful song with a message to fight back against the ones who wish to harm you. In the album storyline, the protagonist Luna chooses a powerful weapon of bewitched flowers to fight against Orym, the villain of the story.

Attack Of Orym will be released on January 27, 2023. Signed CDs are available to pre-order now at this location. Digital versions can be pre-saved here. The cover artwork and tracklisting are as follows: 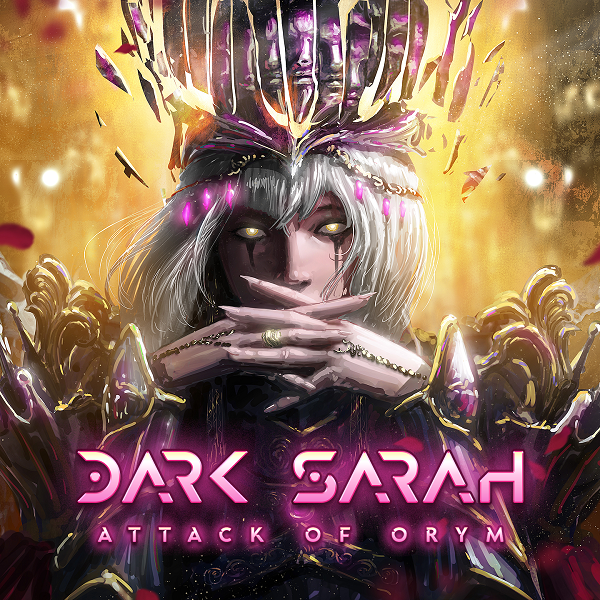 The beguiling new dimension, coalescing between crystal-clear vocals and propulsive hardness, draws you into the tempestuous maelstrom of their horror fantasy theme. Introducing the new villain Orym, the band invites you to choose your weapons and to join their epic battle against the dark forces!

Mark Jansen of Epica will sing the title role of Orym, the king of the forest folk. We´ll also hear a long time Dark Sarah guest, JP Leppäluoto returning in the role of Dragon. Kasperi Heikkinen (Beast In Black)  will provide his talent on lead guitar.

Dark Sarah vocalist Heidi Parviainen on Attack Of Orym: “Our upcoming new album called Attack Of Orym is a concept album like its predecessors, and a continuation for the Grim -album which started a new story line with a modern horror fantasy theme. Musically, Attack Of Orym introduces yet again a more modern sound and a taste of what's to come in the future - with a 'Dark Sarah twist,' of course. We're very happy about this album and it has been really fun to make. Also creating the new visual brand and the Grim world has been an adventure already!”