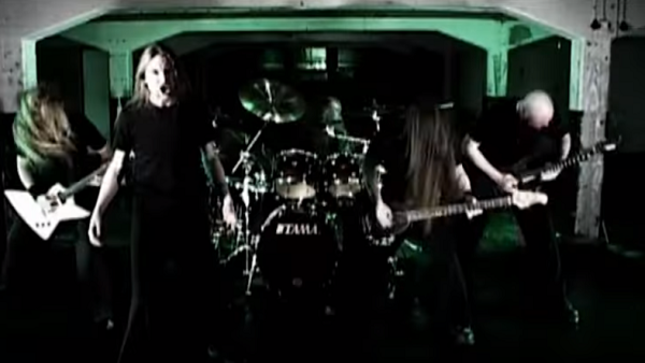 Swedish bashers Darkane have checked in with the following update

"The remastered video for 'Secondary Effects' from our fourth album, Layers Of Lies, is now available in high quality on YouTube. On Friday, May 20th the Layers Of Lies album will be re-released by Massacre Records on all streaming platforms."

Darkane will release their new studio album Inhuman Spirits on June 24 via Massacre Records. The band recently released the "Inhuman Spirits" single and music video. Find the song on streaming platforms here, and watch the video below.

Says the band: "The title track represents almost everything that is Darkane: fast and intense metal, melodic chorus, different vocal styles, intricate riffing, pounding drums, cool rhythms and some classical orchestra elements. The lyrics deal with someone or something that is spreading disaster and lies and are trapped in delusions leading to disaster."

The album is also available to pre-order as a CD Digipak and limited edition vinyl LP in selected stores – find purchase options here.

Inhuman Spirits was mixed and mastered by Lawrence Mackrory at Rorysound Studios, and it is packed with intense, brutal, groovy and catchy melodic death/thrash metal. The cover artwork was created by Mathias Blom / The Happy Creative.

The first single from the new album, the title track, will be released on April 26 along with a video.