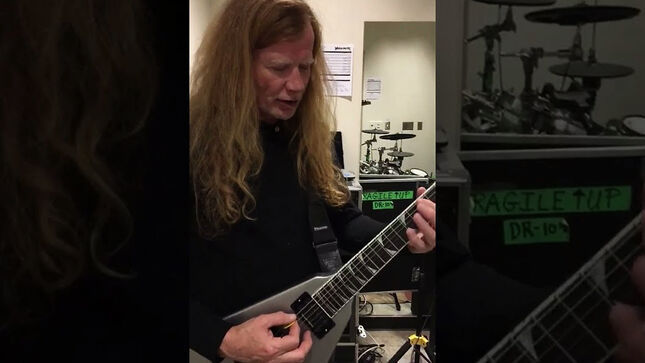 In a recent Cameo video, Megadeth frontman Dave Mustaine responded to a fan's question regarding his favourite guitar solos to play. Mustaine's response:

"It’s kind of hard to say, because there’s certain solos that have a great payoff, but we haven’t played them live for so long. I’ve forgotten so many of them.... two hundred songs and all of the solos and stuff. Out of the songs we play live that I’m really familiar with, the solos that we play that we like, I like 'The Threat Is Real'. I love 'Holy Wars'. 'Wake Up Dead' is a great solo for me to play, too. I really like that. That was one of my first really big solos that got everybody interested in Megadeth. That and 'In My Darkest Hour', too.

I will be showing people here at Cameo how to do those solos. Piece by piece, little bit at a time, so that it’s not too much for anybody to handle. I don’t really give guitar lessons, so this isn’t a structured kind of format for lessons or anything like that. I hope if I do this, and I hope if you do it with me that we’ll have fun together. If not, just say it’s somebody from another band."