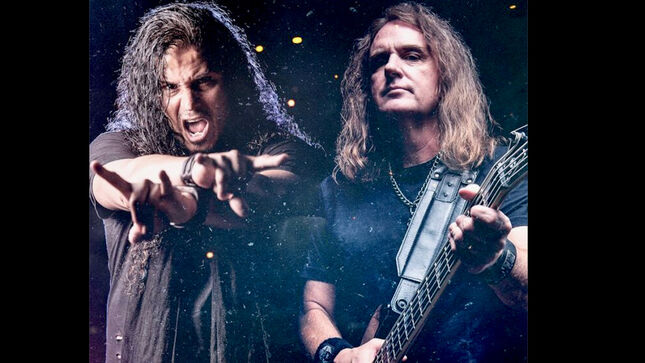 Soto took to social media last night to share the post below, simply stating: "Something brewing in Los Angeles today...."

In March 2021, Ellefson and Soto released their version of the Riot classic, “Swords & Tequila”, via Ellefson’s Combat Records on ellefsonmusic.bandcamp.com and across all digital streaming outlets.

The song was originally featured on the 1981 Riot LP Fire Down Under (Elektra). The track was produced by David Ellefson & Andy Martongelli, mixed by Alessio Garavello in Wembley, England and mastered by Maor Appelbaum in Los Angeles, CA. The video is directed by Elia Turra for Fisheye Studio in Verona, Italy.

Stay tuned for updates from the Ellefson-Soto camp.