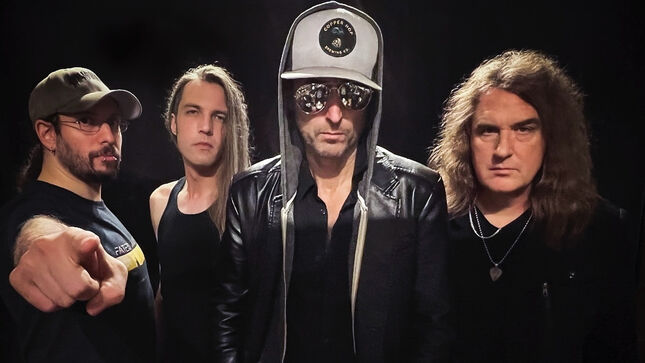 Says Drew: "I’m alive! The facts: I had cancer in my right testicle and had said testicle removed today (May 25). Waiting to hear back from pathology on if it spread but so far so good! The tumor got the size of a tennis ball. It was crazy. Funnily, I woke up from the anesthesia talking about Bang Tango 😆. Also we have a new E.P. from The Lucid coming out very very soon called Saddle Up And Ride. Also moral of the story: check your balls fellas!! Also thank you to everyone who reached out and sent me well wishes!! All of you are incredibly wonderful!!!" ❤️😊

Last month, The Lucid released a music video for "Hair", a track from their debut self-titled album, released back in October via SpoilerHead Records.

Order the album here, and watch the video, directed by Hannah Fierman, below.

The band's debut album was produced by Mike Heller and mixed/mastered by Lasse Lammert.