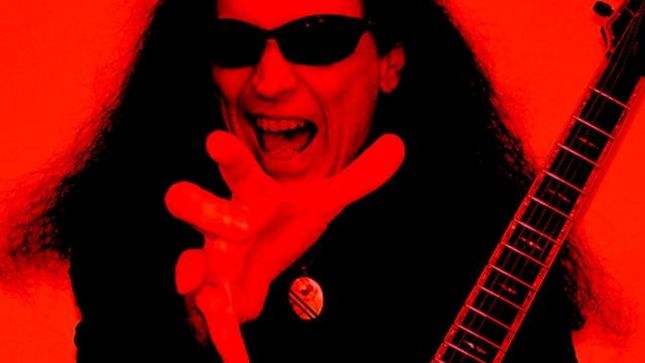 Guitarists David T. Chastain and Tony MacAlpine joined together for a tour of Japan under the moniker of Guitar Heroes Tour '91: David T. Chastain vs Tony MacAlpine. Each guitarist played a set with a backing tape and then joined together on stage at the end of the night with a bassist and drummer for an intense jam session. "Wild and Truly Diminished" is originally a track from David's Instrumental Variations album. Check out the live performance below.

Leviathan Records has released the video below, along with the following message:

"Live shred guitar from David T. Chastain and Michael Harris. Their band toured across the United States in 91/92 and recorded numerous shows for a couple of live recordings. This track, a David T. Chastain song, and features Michael's impressive chops! Also in this band is David Harbour who plays an amazing solo afterwards. This video was shot by Neal Turpin."

Check out "Octavian" below, as well as previously posted footage of "In Your Face".