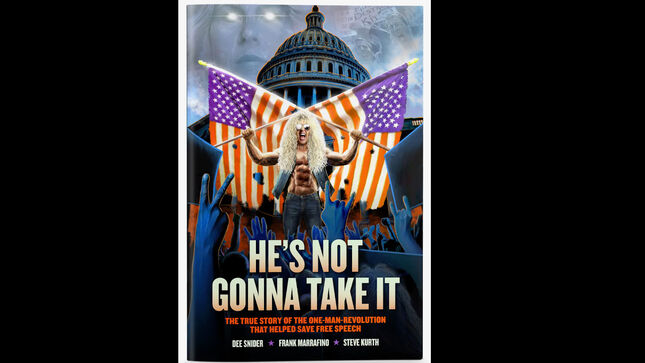 Twisted Sister legend, Dee Snider, and Z2 Comics have teamed up to bring you Dee Snider: He's Not Gonna Take It.

The name of Dee Snider is synonymous with the battle for freedom of expression in the arts. This new graphic novel will follow the impact of it throughout Dee’s life. From a childhood where he was frequently silenced, through the early efforts to stifle his band’s music, to the open warfare of the PMRC hearings in Washington DC, and his current efforts on social media, He's Not Gonna Take It tells the story of why free speech is so important to this man who has fought for it. Even when it endangered everything that was important to him.

Says Dee: "When I look back on that historic day, I think, "How did I fit balls that big into those skin tight jeans!?" Then I reflect on the fact that I still stand for everything I stood for all those years ago... and I'm ready to do battle again." 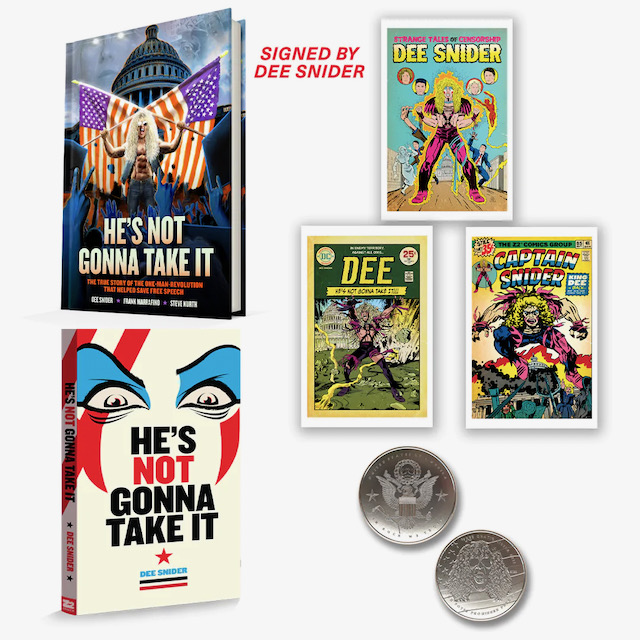