DEEP PURPLE Drummer IAN PAICE Sharing Video Footage From The Archives; "We're All Stuck In The Middle Of This Virus Chaos" 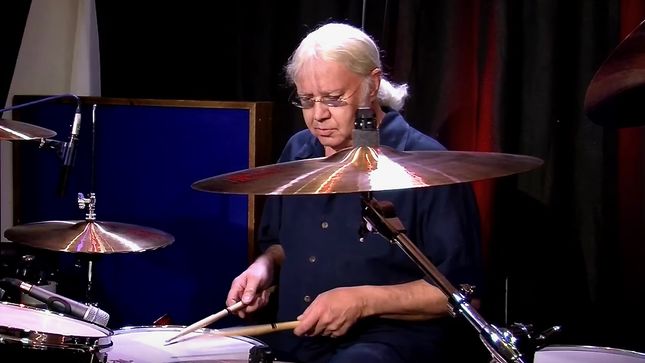 Deep Purple drummer Ian Paice has announced that he will be posting footage from his archives during the COVID-19 lockdown. His first video, announcing his plan and sharing rare footage, can be seen below.

Says Ian: "My nephew, Henry, suggested as I had all this wonderful video footage that I've amassed over the past 15 - 16 years, of live concerts, backstage stuff, rehearsals, studio time, people might like to see some of that. So we're going to go through the archives and find pieces we think you will find interesting, or maybe even funny, and try to entertain you."

Deep Purple will release their 21st studio album, Whoosh! on August 7th via earMusic. Whoosh! will be available as a Standard CD, a Digital Album, a Limited Edition CD+DVD Mediabook (including the 1 hour feature “Roger Glover And Bob Ezrin In Conversation” and, for the first time, the full live performance at Hellfest 2017 video), and a Vinyl 2LP+DVD edition (earMUSIC). Pre-order here.