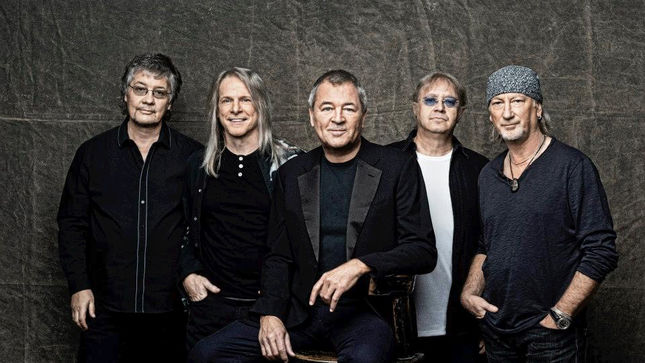 In a new interview with Antihero Magazine, vocalist Ian Gillan says “I heard it’s coming in February” when asked when the new Deep Purple album is due out.

When asked if there was a difference writing music for Deep Purple of for himself, Gillan responded, “Yes, absolutely. Deep Purple was different than any other kind of writing I do with other people. Deep Purple is primarily an instrumental band. Primarily an instrumental band and the routine is, we book a running finish in 10 days, generally in a studio somewhere and the guys come in at noon. They start jamming and they work till 6 o’clock, take a break at 3 for a cup of tea and then do that every day.”

Rare documentary footage from Deep Purple’s 1987 The House Of Blue Light tour is streaming below.

A description with the video reads: “This era for Deep Purple polarizes many fans. To some it was an amazing time with The House Of Blue Light being a very commercial album with the hit singles “Bad Attitude” and “Call Of The Wild”, but to the band it was a very rough period. But 30 years on we just need to enjoy it ...Live From Paris 1987.”

Deep Purple legend Ian Gillan’s The Vinyl Collection 1979-1982 will be released on October 7th via Demon Records. A trailer for the upcoming release can be found below.