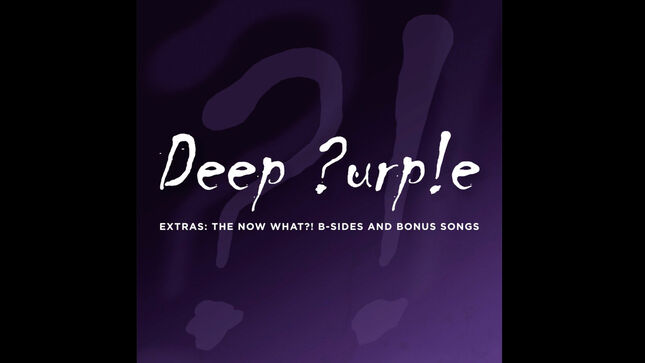 Deep Purple and earMUSIC have released Extras: The NOW What?! B-Sides And Bonus Songs. This digital compilation is available on all streaming platforms as well as a specially priced digital download. Get it here.

Says the band: "The idea of this compilation started after sharing previously released ‘rare tracks' on a private playlist. We believe it is a very interesting listen for all the fans that like to go deeper into the bands production process."

NOW What?! was a very important album for the band, bringing them back to #1 (in Germany and many other countries). It is packed full of songs that have become modern hits and highlights in their history. It is an album that brings back many special memories of joy and well-deserved success. 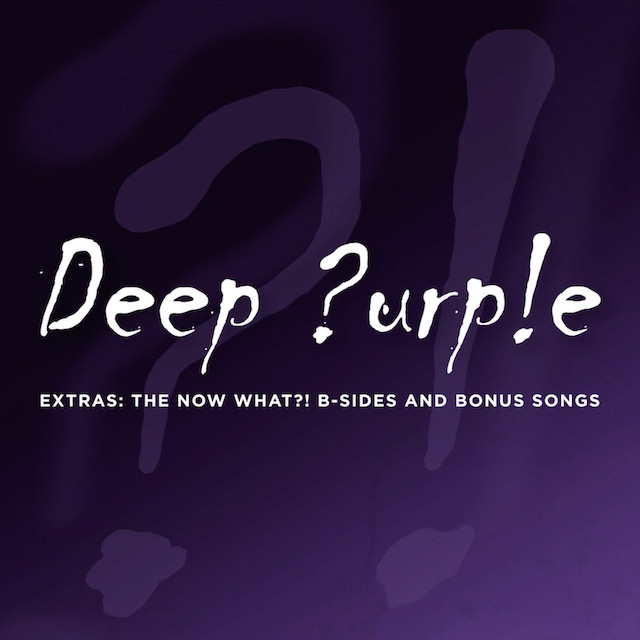 Below is a short description of what you can find on the compilation:

1. “Hell To Pay" (Radio Edit): This edit was the first single released before the album came out. It was available as CD-Single and 7”, together with ‘All The Time in The World’. A great rock song, played live nearly every night during the NOW What?! and infinite tours.

2. “It'll Be Me”: This cover version of a Jerry Lee Lewis classic was added as bonus track on many editions of the NOW What?! CD. Compared to other songs on this compilation it will be an easy one to find on physical formats.

3. “All The Time in the World" (Radio Mix Edit): This version was a mix that became ready before the full album was finished. It is a little shorter than the album version and it features extra percussions and less guitar. The song obtained some radio airplay in various countries, paving the way for the album’s success. Listening back to it, we still believe that it is a Purple classic, and was played live occasionally during the NOW What?! tour. This version was released as B-Side on the “Hell To Pay” CD single and 7” vinyl.

4. “First Sign Of Madness”: This studio song did not make it to the final album but it is a fantastic rock track; previously included on the Gold Edition of NOW What?! as well as the ‘Vincent Price’ single on CD-Maxi and 7”.

5+6. “Uncommon Man” & “Above and Beyond” – instrumentals: These two songs were inspired by the late, great Jon Lord, who sadly passed away during the recording of the album. While the lyrics are a very important part of both songs, these instrumental versions show the beauty and the finesse of the instrumental parts.

7+8. “Après Vous” and “Hell To Pay” – instrumentals: Previously released only as digital downloads and B-Side of the “Out of Hand” 10” Vinyl single. The vinyl 10” is not an easy one to find and the songs are available to stream for the first time.

9. “Green Onions / Hush" (Live in Gaevle): This great live version was mixed specifically to be released as B-Side of the “Above and Beyond” CD-single (also available as purple 7” vinyl, with a different B-Side). It shows the joy and energy that the band brought to the NOW What?! tour and gives a taste of the atmosphere on-stage and in the audience.