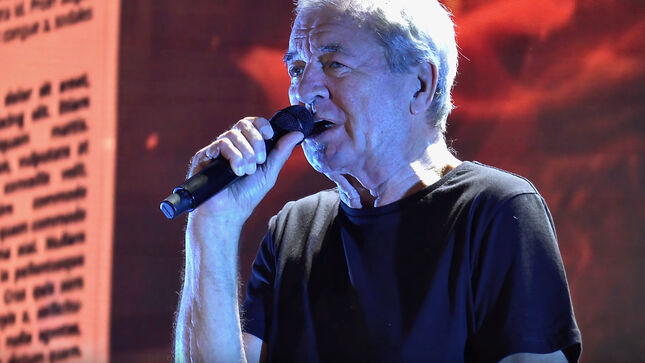 On Friday, May 7, from 4 to 6 PM on Lyme Bay Radio, Russ and Neil will return for a one off special "Finally Friday" show with their very special guest, Ian Gillan of Deep Purple.

Formed in 1968, legendary rock band Deep Purple have produced 21 studio albums over the last 52 years, with Ian Gillan performing on 14 of them, including the band’s most recent record Whoosh!, which was released last August.

Whoosh! was an instant hit with existing fans and new listeners alike, as it captures the authentic sound of a brilliant band at ease in their own skin, making great music that compels listeners to have fun and enjoy.

Much of the ‘Purple sound’ is due to the unmistakable vocals of Ian Gillan who brings a verve and majesty to the songs, worthy of his 55 years in the business.
In addition to 14 studio albums with Deep Purple, Ian also performed on 23 ‘live’ Deep Purple albums, plus 12 with ‘Gillan’, 7 solo albums, 4 with ‘Ian Gillan Band’ and one with Black Sabbath.

Don’t miss "Finally Friday" where Ian will be chatting about life, lockdown and Lyme Regis; and possibly a little about his outstanding musical career as well.