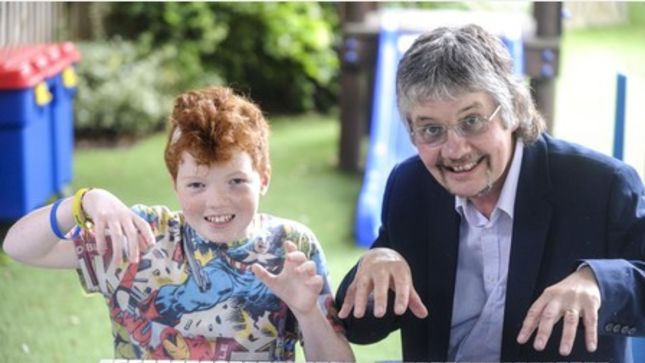 Legendary rocker Don Airey visited the children's wards at Addenbrooke's to present a cheque for £83,100 he has raised over more than two decades to support care for children at the hospital, reports CambridgeNews. The keyboard player from 1970s rock band Deep Purple dropped into the hospital on Friday and spoke to patients - even playing some keyboard with them.

Don, from Great Gransden in south Cambridgeshire, has supported the hospital since his son received treatment for a serious illness in 1992. Since then he has organised the Gransden Blues and Soul concert every other year, raising thousands of pounds for the children's wards at each event.

Read more and check out a photo gallery at CambridgeNews.