DEF LEPPARD Had To Sell 5 Million Copies Of This Album Just To Break Even - "We Tried To Make A Sgt. Pepper For Our Generation"; Video 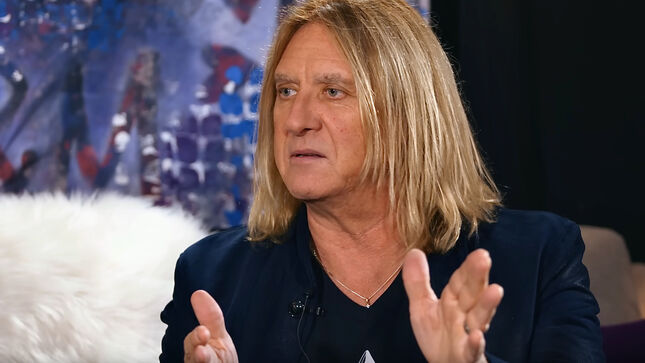 "Coming up, it’s a landmark album that is all killer and no filler, Def Leppard's Hysteria. This 80s hard rock masterwork was so epic that not even two car crashes, the brave drummer who lost his arm, and millions of dollars of debt could stop it from dominating the airwaves. Actually, when today’s band got started on it, they were intentionally trying to beat out the biggest selling album of all time. Michael Jackson Thriller, who actually kept their last album 1983’s Pyromania out of #1. But that’s not all. We’re also giving you the story behind its Top 10 title track, the Pink Floyd like power ballad, 'Hysteria'. A song that perfectly sums up the magic that went into the making of this seminal record with a cameo interview part form lead singer Joe Elliott. It’s the story of Gen X’s greatest 80s rock blockbuster."