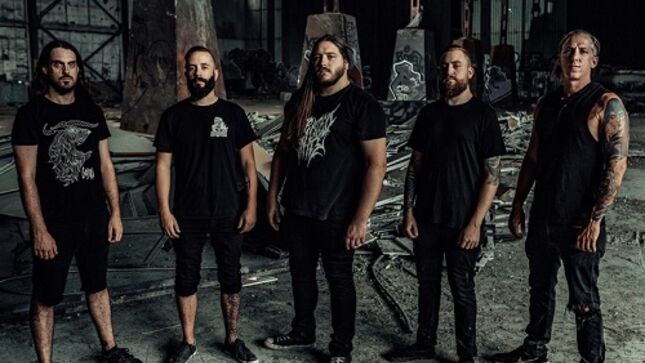 Talking on "Pulsating Rhythm"'s themes, the band comment, "'Pulsating Rhythm' describes the night where our protagonist's view on life is forever altered. Witnessing an unforgivable act, he learns to replicate what he thinks is affection."

Keeping production duties in house and allowing themselves to work at their own pace has resulted in a polished, mature sounding collection of songs, which was then mixed and mastered at The Grid Studio by Christian Donaldson (Beneath The Massacre, Shadow Of Intent).

A progressive slant to their rejuvenated sound means that they have stayed true to their definitive death metal roots, yet allowed themselves the opportunity to open up and explore metalcore and beyond. With ambitions to take their new material on the road as soon as they are able to do so, Depths Of Hatred have every intention of making this fresh start really count. 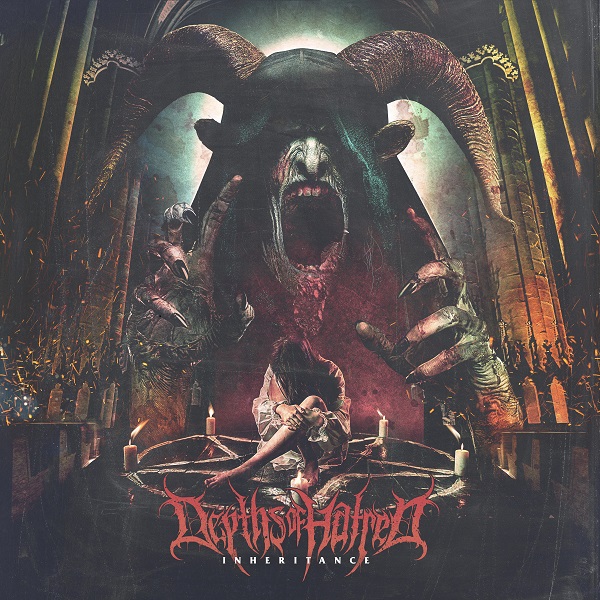 Pre-order your copy of Inheritance now at this location.