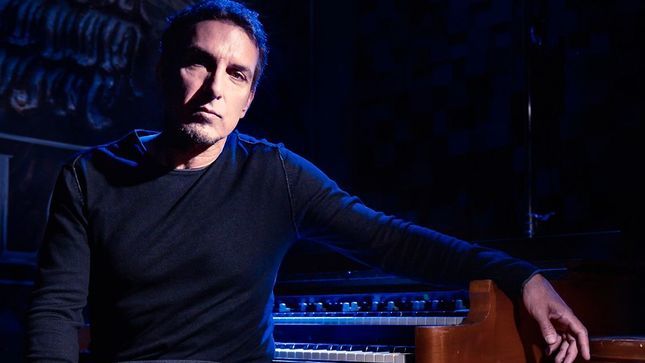 The new episode of Three Sides Of The Coin is available for streaming below.

"This week keyboardist Derek Sherinian joins us and we discuss KISS, Dream Theater, Billy Idol, Black Country Communion and much more. Lisa and Tommy hold down the fort and bask in a Michael and Mark free zone, while Michael is helping his family and Mark is in a food coma."

Sherinian released his new solo album, The Phoenix, back in September. The album features eight tracks, including a cover of Buddy Miles' "Them Changes", and is available as a Limited Edition Digipak CD, 180g LP + CD & as Digital Album. Order here.

Derek Sherinian’s far ranging talents have been much in evidence through the music of Alice Cooper (who once called him “The Caligula of keyboards”), Dream Theater, Black Country Communion and current band Sons Of Apollo. Moreover, proving just how much he is demand to work with rock royalty, Sherinian has also toured and recorded extensively with KISS, and Billy Idol, proving his classic and hard rock pedigree, whilst also being voted #9 in Prog Magazines greatest keyboardists of all time.