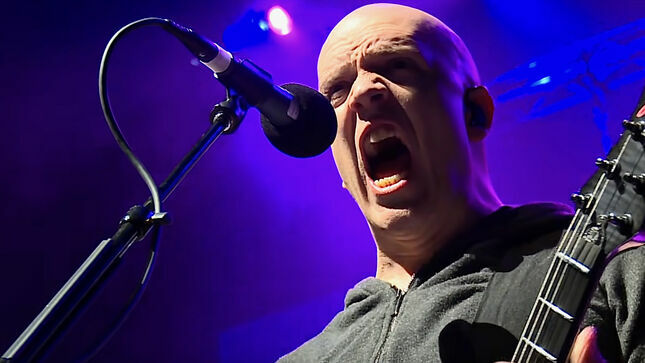 Hatebreed frontman Jamey Jasta has uploaded the latest episode of The Jasta Show (#606) featuring Devin Townsend. Check out the interview below.

Jasta: "A master of many things, Devin Townsend, the legend himself is my guest on this all new episode of The Jasta Show! I had some internet issues on this one so while Brian and myself are sorting that out Devin takes some questions from the Patreon audience! Then when I get back we get into some of our favorite stories from the road and what's in store for the future!"

Townsend is currently working on his new project, Lightwork, with producer GGGarth Richardson at The Farm Studios in Vancouver, BC. He offered an update on the project via a Twitter thread found here. Check it out below.

I had feared that experimenting with having a producer would dilute it, but man… it’s really good… really happening, and the sounds are quite magnificent.

After these two projects, I’ll dig in to The Moth (which is a musical) so it’s almost like checking off a ‘to do’ list of creative ideas. By Christmas time, after the Infinity stream, I’ll be able to take a breath for a few months… but not yet :)

Life is short and I’m very grateful for the ability to do what I do. I just really want to do all these things…and I've had the opportunity lately, so thanks for the support in making them happen.

Puzzle is strange and artsy, Lightwork is streamlined and melodic, The Moth is super ambitious…one leads into the other…"

After a long time shuffling his feet, desperately waiting to get back on the road, Devin Townsend recently announced his first new tour in support of the forthcoming album, Lightwork, due to be released in spring 2022. His team has checekd in with the following update:

"Recently we announced the first batch of dates in support of the forthcoming album, Lightwork, due to be released in Spring 2022. In addition to these dates Devin is now proud to be announcing two more UK shows, one of them at the Royal Albert Hall in London. Tickets for these two additional shows will go on sale Friday, August 20th, 10am GMT and can be ordered at Hevydevy.com." 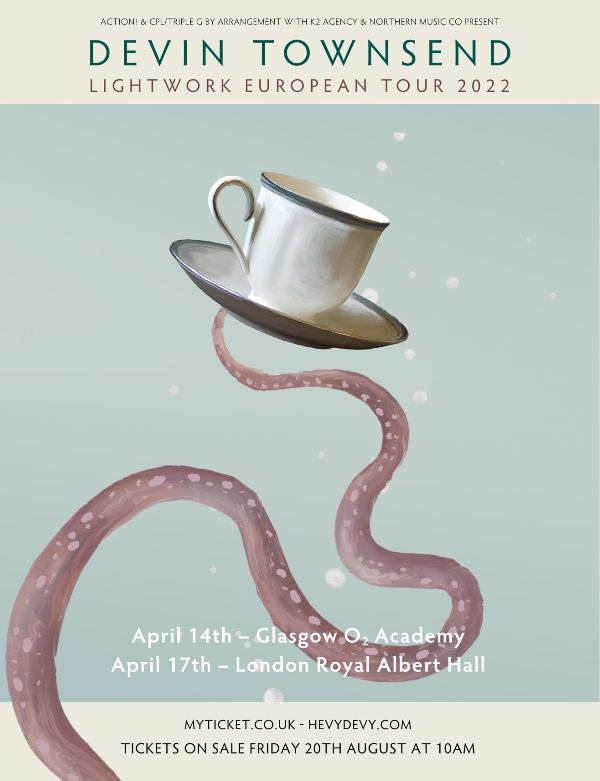