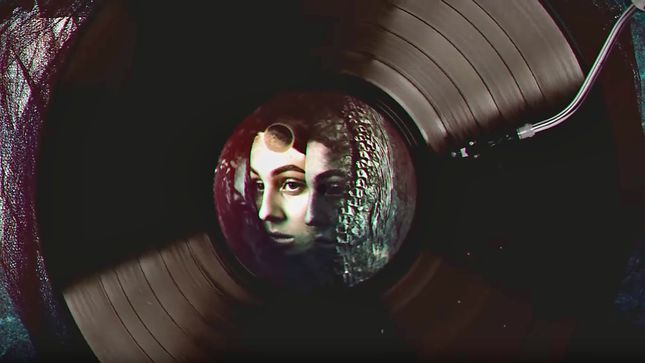 Travel through time and dance to the rhythm of “The Misfit’s Swing” with the second powerful single from Diabulus In Musica’s upcoming album, Euphonic Entropy, out on February 14 via Napalm Records. An anthem for those abandoned and misunderstood, “The Misfit’s Swing” was musically inspired by the swing-fever of the 1930s. It takes the listener into the mind of the titular outcast, who rejects the conformist norms and instead attempts to embrace their own uniqueness. Despite the struggles the misfits face every day, they still strive for freedom from compromises and judging glances, aiming at appreciation of these personal differences and realization of self-worth.

This emotional break-through, depicted on both a textual and instrumental level, unfolds as well in the space of the accompanying lyric video. Just as in the case of the dance itself, the audiovisual melodic charm of “The Misfit’s Swing” dwells in the past, with sepia color palettes and vintage interiors. Smoothly referring to the cover and sublime musical atmosphere of the upcoming release, the lyric video is, at the same time, a gift for and a homage to the fans. Not only does it include the footage of them dancing to “The Misfit’s Swing”, but, just as the song itself, it furthermore addresses the reassuring feeling of collectivity among individuals isolated from the outer world.

With their second single, Diabulus In Musica convince the listeners that their life among other people may resemble a dance in many aspects - and that there is no better way to go through it confidently than to the sounds of “The Misfit’s Swing”.

Singer Zuberoa Aznárez comments: “Here comes 'The Misfit's Swing', the song for you all, unique people! Who hasn't felt that they don’t fit in with the rest of society for at least once in their life? Most of us have surely been the object of critics at some point. Sadly, we live in a world where the lack of respect and the fear of other people’s opinions limit us as individuals (personally, artistically...), so... Dance for the time being, to live and let live! Special thanks to all the lovely and brave fans who took part in this lyric video!”