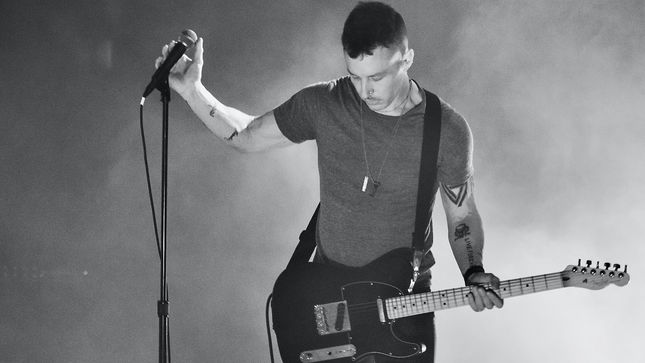 Federal Prisoner commemorates the one-year anniversary of the release of Greg Puciato’s solo debut album, Child Soldier: Creator of God, and the soundtrack to his livestream performance, Fuck Content, with the free release of the livestream event.

Federal Prisoner, the label Puciato co-founded with artist Jesse Draxler, reissues both the studio album and the livestream’s soundtrack with new limited-edition vinyl variants. The pair of vinyl releases mark the first time the two albums have been available on the format since selling out of their initial pressing. Each album will be a 2LP release, with Child Soldier: Creator of God available on metallic swirl, and Fuck Content on clear vinyl with a new Draxler-designed gatefold layout. Pre-orders for the 500 hand-numbered online variants are available now via the Federal Prisoner webstore with an additional two unique 500-count variants going to both North American and European retail in the spring.

Puciato is currently in the studio wrapping up work on the follow-up to Child Soldier: Creator of God. Titled Mirrorcell, it is expected to see a late spring 2022 release via Federal Prisoner, with more details to come in January.