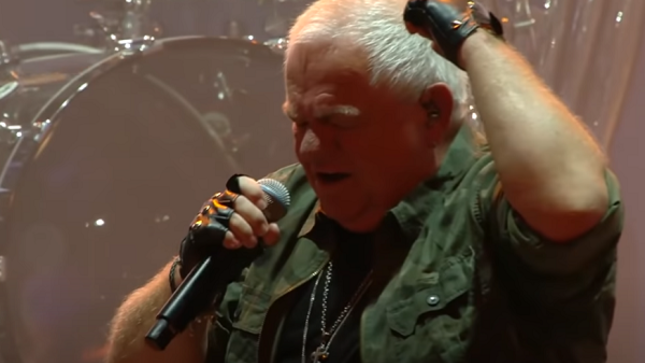 On August 14th, former Accept frontman Udo Dirkschneider - who fronts his main band, U.D.O. - performed a set of Accept classics at the Alcatraz festival in Kortrijk, Belgium. Pro-shot video of his set courtesy of ARTE can be viewed below

It's not very often that the names of the people involved alone are enough to document the great importance of a new project. DATOG, short for Dirkschneider & The Old Gang, consists of Accept / U.D.O. / Dirkschneider frontman Udo Dirkschneider and his longtime companions Peter Baltes (bass; ex-Accept), Stefan Kaufmann (guitar; ex- Accept, U.D.O.) and Mathias Dieth (guitar; Sinner, U.D.O.) as well as Udo's son Sven Dirkschneider (drums; U.D.O., Dirkschneider), plus singer Manuela Bibert. If these names don't make your mouth water, figuratively speaking, then you have missed out on the past 40 years of German metal history.

The best thing about Dirkschneider & The Old Gang, however, is that although the new project is musically in the tradition of it's legendary predecessors, they are currently working on brand new songs. The video clip for the first number, "Where The Angels Fly", was released in September 2020, the second video, "Face Of A Stranger", released in April, and now a third clip "Every Heart Is Burning" is available (see all video below). Then on August 27, a single with all three songs hit the stores as a CD, a 12" vinyl and a download.

"Every Heart Is Burning" video:

"Face Of A Stranger" video:

"Where The Angels Fly" video: