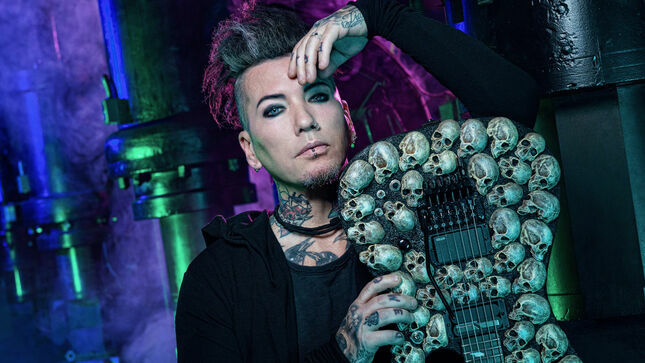 World-renowned producer, songwriter and multiplatinum recording artist, DJ Ashba (Sixx:A.M., Guns N' Roses, Beautiful Creatures), recently guested on The Paltrocast, and during the interview he revealed why he left Guns N' Roses in 2015.

Ashba: "I left arguably one of the biggest bands in the world, one of the biggest paychecks in the world, and I did it because I had a vision in my head to create something new. I've always gotten more pleasure out of carving my own path in life, going against the grain. If the whole crowd's going right, I'll be the first to go left. I love those odds; I love to take chances and try things, because what have you got to lose, really? You only lose if you don't try.

If you don't go after whatever that idea in your head is, then you're already defeated. So my thing is if I would have never got in that mini-van and had the balls to drive to L.A. when I was 20, none of this would have happened. I've made a living off of making choices that would scare most people. I'm a big advocate on following your dreams."

Ashba recently released his new single, "Bella Ciao", available across all streaming platforms. An official video for the track can be viewed below.

“After becoming completely obsessed with Money Heist, I became so inspired by 'Bella Ciao' and the history of the song,” stated Ashba. “I couldn't wait to get into the studio and make my own GDM version. I wanted it to be epic and dramatic, with big bass, bone-crushing guitar, and an infectious beat that I know the fans will go crazy for. After it was complete, I was telling my friend, famous Disney artist, Craig Fraser, about my new version of this classic song, and him being a fan of the show as well, got inspired, and created me this one-of-a-kind painting of the iconic mask from Money Heist. I was so blown away; I thought it would make the perfect cover for this single.”

As a member of such notable bands including Beautiful Creatures, Sixx:A.M., and Guns N’ Roses, Ashba has captivated audiences for decades, and has co-written or co-produced numerous hits for legendary artists ranging from Neil Diamond to Motley Crue. With multiple chart-topping hits and millions of fans across the globe, Ashba continues to push new boundaries with his music.

Hailing from the backwoods of Monticello, Indiana, Ashba’s diverse skills as a producer, songwriter and guitarist, constantly test the limits of electronic music with high-energy shows that embrace a full range of genres.