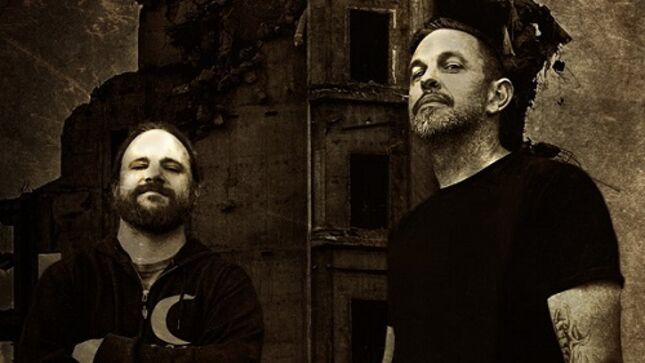 Prosthetic Records reveal new signing Domination Campaign - an offshoot from Tasmanian death metal titans Psycroptic - and announce their forthcoming debut album, Onward To Glory, due out on July 9. Accompanying the signing and album announcement, the band have shared the release's lead single, "Death Before Dishonour", alongside a lyric video.

Speaking on signing to Prosthetic, the band comments: "We were really stoked to join with Prosthetic Records for this release as they’ve got a killer roster and we feel that we will be able to do great things with them."

Formed by Psycroptic vocalist Jason Peppiatt, Domination Campaign started out as a solo project, but soon evolved to include bandmate Joe Haley on drums, as well as handling engineering duties.

Eschewing technicality in favour of straight up brutality, Onward To Glory is an eight track bludgeoning of epic proportions. Originally a vehicle to experiment with a different approach to music, Domination Campaign proved to be a creative outlet during enforced downtime during 2020; Onward To Glory was recorded, mixed and mastered in July 2020.

Conjuring up an old school death metal vibe, Domination Campaign take their lyrical cues from renowned battles throughout history, giving them a fictional slant in the re-telling. Describing his approach as ‘bone basic’, Peppiatt has succeeded in putting together an album that scratched his itch to experiment, whilst delivering a headbanger’s delight of an album.

As well as performing all vocals, guitar and bass for the album, Peppiatt also created the cover artwork. Keeping everything ‘in-house’ has resulted in a project that has spawned a self-assured, crushing beast of a debut.