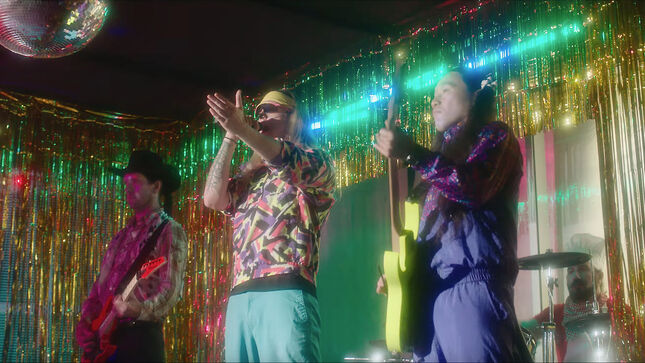 DragonForce comments: "The long-awaited 'Troopers Of The Stars' video is finally here. Be sure to watch it again and again to see if you can spot all the easter eggs in there!"

DragonForce has also announced a European trek today, which will see the band join the mighty Powerwolf and Warkings on the road next year (see below for all dates).

"We are extremely excited to be going on tour with Powerwolf and Warkings!" says DragonForce. "They are awesome bands, this is going to be one EPIC power metal tour!"