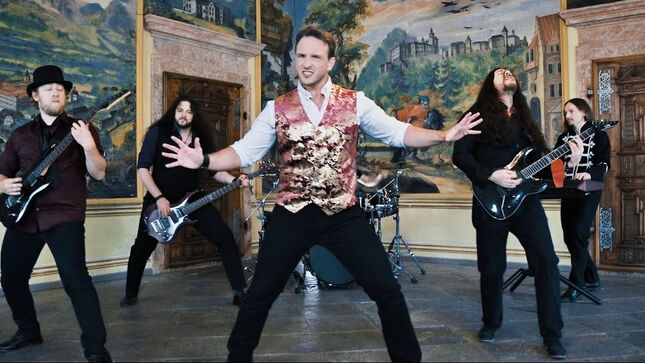 Austrian symphonic power metal heroes, Dragony, are about to release their epic new full length, Viribus Unitis, this Friday, January 15 via Napalm Records, and today, unveil their third single, “Legends Never Die”. We return to the days when the country was ruled by emperor Franz Joseph and his wife, empress Sisi. But forget everything you’ve heard and read so far! According to Dragony and their upcoming opus Viribus Unitis, history took a completely different turn.

After setting the stage with their first offering, “Gods Of War”, featuring special guest songwriter Tommy Johansson (Sabaton) and Tomas Svedin (Symphony Of Tragedy), followed by glory metal hymn “Golden Dawn”, Dragon now unveil their third single, “Legends Never Die”: History is (re-)written in this contemporary-sounding closer. With its catchy chorus, everything is set for the grand finale. Along with rapid riffing and keys on point, the song serves as an epilogue to the story of Viribus Unitis, looking at the way the legends of the Habsburg rulers were created and have been adapted and re-told throughout the years.

Singer Siegfried Samer on “Legends Never Die”: "'Legends Never Die' can be regarded as the epilogue to the storyline of Viribus Unitis, that culminates in the final, epic battle in the song 'Battle Royale'. In 'Legends Never Die', we take a step back to look at the story we just told from an outside perspective, and remind ourselves and the listener that eventually, most history can be turned into "just a story", and that even though all empires fall one day, all men must die, and all times - good and bad - must pass, at the end of the day, the memories of those persons and events that influenced us, regardless of whether it was through politics, through philosophy, through music, literature or through other forms of art, will always stay with us and are thus immortalized; and that the stories that may be told about these legendary persons and events, just like these "legends" themselves, never truly die.”

Follow Dragony on this spectacular historic ride and watch the official video for “Legends Never Die”:

Founded in 2007 and after releasing three studio records, Dragony returns to its rock opera roots on their brand new output. On Viribus Unitis the band unveils what really happened at the time of the last Habsburg ruler of Austria, emperor Franz Joseph, his wife, empress Sisi, and their son, the troubled Archduke Rudolf.

Let’s clear the assumption that Rudolph died after trying to take his life at castle Mayerling in 1889. No way! Instead, after his mother Sisi is assassinated in 1898 in Switzerland, he subsequently gets in contact with dark powers which, driven by his desire to be with her again, make him turn to black magic and demonology. Now history takes its true course. There are not only zombies and cyberpunks lurking - Dragony also managed to prove further entanglements of well-known personalities you could never imagine...

For the exciting adventure cemented in their upcoming album, Dragony are supported by well-known colleagues like Tommy Johansson (Sabaton, Majestica, Symphony Of Tragedy), Tomas Svedin (Symphony Of Tragedy), Michele Guaitoli (Visions Of Atlantis) and Georg Neuhauser (Serenity) - just to name a few. Mixing and mastering on Viribus Unitis was handled by Sebastian “Seeb” Levermann of Orden Ogan in his Greenman Studios in Germany.

Siegfried Samer on the new album, Viribus Unitis: "Viribus Unitis marks both a return to our musical roots as well as a next step into the future for Dragony, as we are returning to a 'rock opera concept' album similar to our debut Legends, but at the same time, we have evolved musically and are delivering what we consider our heaviest and most diverse album to date.

"And even though we are taking a bit of a creative approach with the source material, the concept story of the album is deeply intertwined with the history of Austria and in particular with the end of the Habsburg monarchy, which is often romanticized in Austria and ingrained in our collective consciousness. We are therefore thrilled to be able to release this very special album on an Austrian label, Napalm Records, and hope that both old and new fans of Dragony will enjoy the brand new songs!” 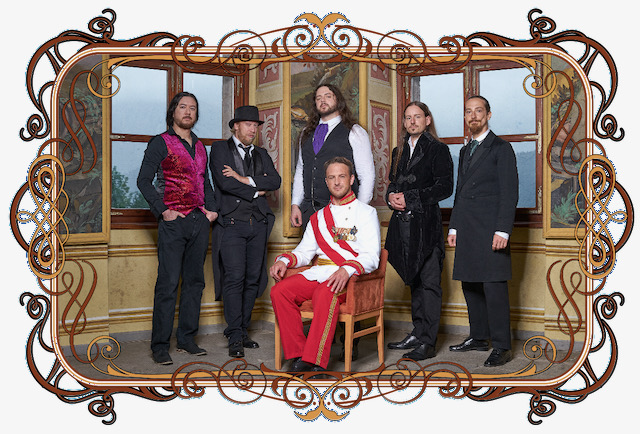