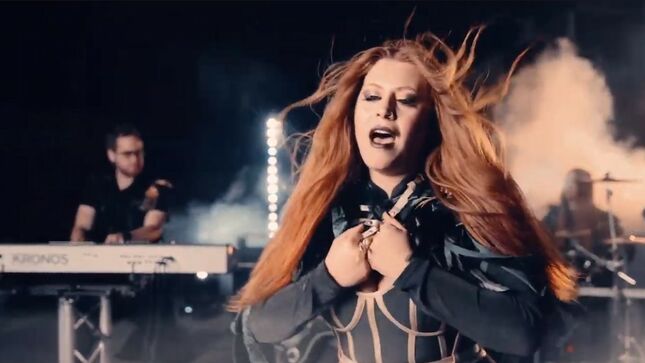 Turkish/German symphonic metal band Dream Ocean have released the first single off their upcoming studio album. Fans can check out the dazzling music video for "The Great Silence" below. The track is featured on the band's new album The Missing Stone, which they will release independently later this year. Fans who want to know first about all the forthcoming details on Dream Ocean's new album will want to sign up for the band's Indiegogo, which will be launching soon.

Speaking about their new single "The Great Silence", lead singer Basak Ylva shares: "We’re happy to release our first single 'The Great Silence' which, like the rest of the upcoming album, is not a silent song at all. 'The Great Silence' is one of the latest songs that we created for our next album The Missing Stone and our bass guitarist Sebastian wrote this song within a few hours. I was instantly inspired by the powerful composition that he created so I immediately wrote the vocal lines and the lyrics and we finished the song in a day."

She goes on to add: "It was the beginning of the lockdown and we were very disappointed by the fact that all concerts had to stop. We musicians had to wait in silence for a long time and we were heading into an unsure future. So I wanted to support the amazing and powerful melodies of the song with a powerful positive mantra. 'Love born among the ruins within the great silence', because we and also many other musicians believe that this hard worldwide situation will give birth to a new normal. We all will be free again and come back even stronger within this new order. We hope our listeners will have the same feelings as us and the song will fill them with hope and positivity."