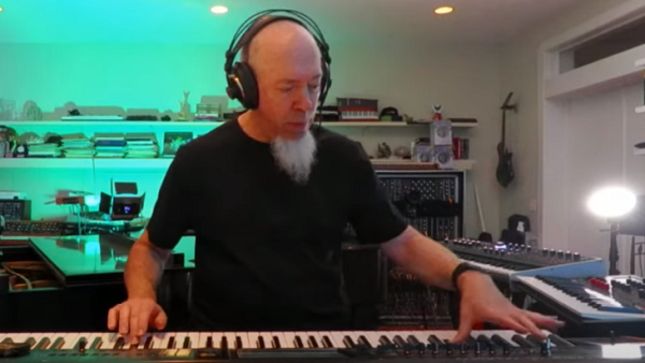 Dream Theater keyboardist Jordan Rudess has shared a new Korg synth livetream via his official Patreon page here. A portion of the stream can be viewed below.

Dream Theater's new album, A View From The Top Of The World, is available in a limited Deluxe 2CD+Blu-ray Artbook, Special Edition CD Digipak, Gatefold 180g 2LP+CD+LP-booklet. The Blu-ray contains a 5.1 surround sound mix with full album animations, plus ‘Digging For A Spark - A View From Inside DTHQ’, a specially filmed documentary that gives a glimpse behind the scenes of the band’s new home-base and the making of the new album.