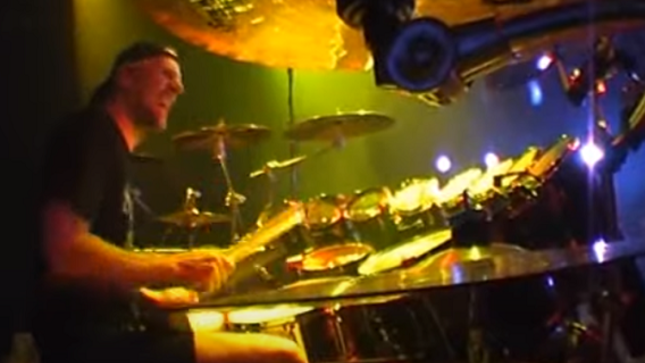 In the latest episode of the 80's Glam Metalcast, host Metal Mike catches up with former Yngwie Malmsteen’s Rising Force drummer, Anders Johansson. He talks about what it’s like playing with his sons in his band, Tungsten, and looks back on the classic Yngwie albums he played on: Marching Out (1985), Trilogy (1986), and Odyssey (1988).

On his favorite Yngwie album he played on, and the stories of Yngwie being difficult

Anders: "Marching Out is my favorite. It was the first one I did with him. I think it was raw and had a band feeling to it. Back then, it was kind of a band. Yngwie was the boss of course. He was always really cool to me. I read things about him now that aren’t always so positive. I never seen any bad side of him. He was never rude to me or my brother. When we quit, I think he became more of a dictator, no more compromising."

On the vocalist and style changes from Marching Out to Odyssey

Anders: "It wasn’t weird having a different singer on every album. We got along great with all those guys. It was kind of a natural thing. We didn’t think it about much back then. It probably would have been better for Yngwie’s career if Jeff (Scott Soto) had stayed in the band for all those albums. It was interesting though having different singers, because it made all the records sound different. Jeff was like 19 when he quit. He was really young and immature. He thought he was going to make it big with something more commercial; a band called Driver with Tommy Aldridge. We tried to persuade him not to quit. Then we got Mark Boals, who was a great singer and a great guy, too."

On the Odyssey album

Anders: "When we did the album with Joe Lynn Turner, Yngwie did a lot of compromising. I don’t think he liked it. He thought it was too commercial. Then again, that one is his best selling album. It was the label that wanted him to be more commercial. Yngwie wanted to do stuff more like the first album, more progressive and fusion. The label wanted the new Bon Jovi. They wanted to make money, but nobody in the band really wanted to play that style. We also didn’t want to create bad vibes with the label. They almost threatened us to be more commercial or they wouldn’t support the album. When Joe came, he wanted even more pop songs. We compromised and put some fast stuff on there to balance it out.

I think it came out great and that’s the one most people like the best. The label also wanted an all star band for that one. They wanted to bring in Bob Daisley and Eric Singer. They didn’t like that we spoke Swedish. Once Joe was in, they really wanted to create an American band. They really couldn’t get rid of my brother because their wasn’t a better keyboard player out there. For drums, I’m sure Eric Singer could have pulled it off. I talked to him before and he said he had no interest in doing it. He said the stuff was too fast for him. He ended up in KISS, so I think he did okay! Bob Daisely was in the band for a short while, we actually rehearsed with him. Yngwie didn’t think he played fast enough, either."

Anders: "I think Yngwie needs a producer. When you hear him now, it’s just pretty much him on it everywhere, in every position. You need someone to bounce ideas of course. With Yngwie singing - he took singing lessons for 7 years. He asked Mark Boals what he was doing wrong. Why didn’t he sound like him, like a world class singer? Mark told him there was nothing wrong with his pitch or vibrato. Mark said it was his vocal chords. You just sound that way, there’s nothing you can do. His voice just isn’t as pleasant as someone like Joe Lynn Turner. He just sounds like an average guy.  His voice is deep, it doesn’t blend well with power metal. When he sings bluesy stuff, I think it works better."