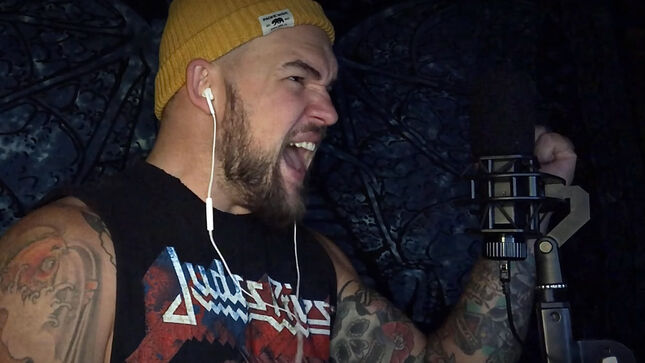 Modern heavy metal revivalist James Durbin recently released his boldest, heaviest album to date with the debut album from Durbin, The Beast Awakens. Check out a one take vocal performance of the song "Riders On The Wind" below, and order the album here.

"The Prince Of Metal"
"Kings Before You" (Ft. Chris Jericho & Phil Demmel)
"Into The Flames"
"The Sacred Mountain"
"The Beast Awakens"
"Evil Eye"
"Necromancer"
"Riders On The Wind"
"Calling Out For Midnight"
"Battle Cry"
"By The Horns"
"Rise To Valhalla"

"Riders On The Wind" One Take Vocal Performance:

"The Prince Of Metal" video:

"Kings Before You" video: