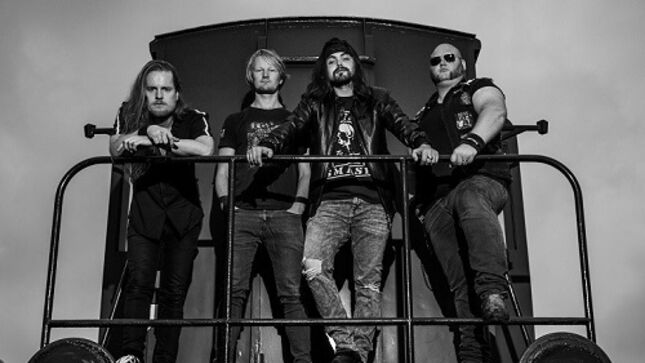 Dutch rockers Wasteland Viper have signed a licensing deal with Wormholedeath for their album Dead Men Tell No Tales, which is due for release on April 1st, 2022 via Wormholedeath worldwide.

Speaking of the upcoming release and the signing, the band explain, "We are very proud to announce that we’ve signed a record deal with Wormholedeath, an international acclaimed record label! We are also very thrilled to announce the worldwide release of our debut studio album, Dead Men Tell No Tales digitally on April 1st and the CD Jewelcase on May 27th. It was recorded and produced in Enschede (Netherlands) by Tom Meier. The very first single / video ‘Too Blind To See’ will be released on March 15th. Stay tuned!"

Wasteland Viper is a four-piece hard rock group from the Netherlands, formed in 2016. The band combines a punk / hardcore vibe with clean vocal melodies in a unique way. They really deliver a solid and original debut album with quite a lot of variation, melody and power. The influences are there, but each of the bandmembers really adds their own fingerprint to the overall sound. Songs like "Live By The Day", "Too Blind To See" and "Overdrive’"are perfect examples of this. The lyrics are about different subjects with one overall theme; Respect the little things in life and finding out who you are.

"We went to Tom Meier Studio Recordings for the recording and production of Dead Men Tell No Tales because we’ve succesfully worked on our EP Unleash The Beast before. Tom really pushed us to get the best performance possible and his liveroom has fantastic acoustics that are perfect for recording rock ‘n roll."