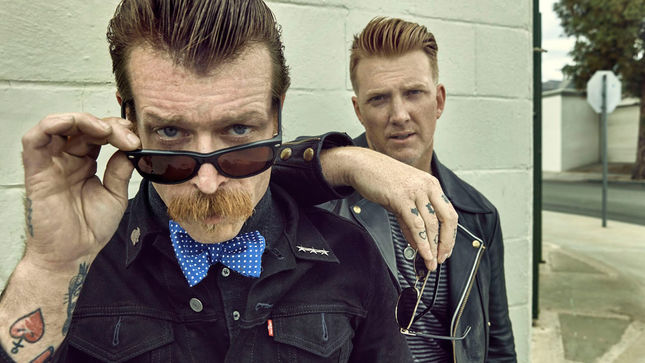 The CBC is reporting the lone survivor of a team of Islamic State extremists was convicted Wednesday of murder and other charges and sentenced to life in prison without parole in the 2015 bombings and shootings across Paris that killed 130 people at the Batclan during an Eagles Of Death Metal concert.

The special court also convicted 19 other men involved in the assault following a nine-month trial.

Chief suspect Salah Abdeslam was found guilty of murder and attempted murder in relation to a terrorist enterprise. The court found that his explosives vest malfunctioned, dismissing his argument that he ditched the vest because he decided not to follow through with his part of the attack on the night of November 13, 2015.

Singer Jesse Hughes and guitarist Eden Galindo - both civil parties to the case being heard by a Paris court - are among the survivors and witnesses of the November 13, 2015 attacks. They told the court that the attacks upended their lives forever.

Galindo, 52, recalled escaping through a side door, unaware whether the gunmen were chasing them, and ending up in a police station “with others there covered in blood.” The guitarist said he thinks of the victims’ families and prays for them every day, adding that, since the dark moment, “I live a different life. I’ll never be the same.”

Hughes, 49, was visibly emotional, saying that upon hearing the gunfire in the concert hall, he “knew death was upon us.” He said they “ran for their lives” after “nearly 90 of my friends (the fans) were murdered in front of us.”