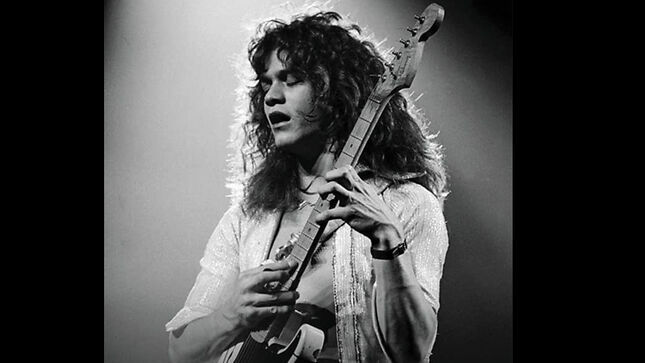 A plaque was unveiled to honor guitarist Eddie Van Halen in his hometown of Pasadena, CA earlier today. The plaque is located on a wall outside of the Pasadena Civic Auditorium.

“This event brings together history and community to celebrate a world-renowned artist,” said Councilmember Felicia Williams to Pasadena Now. “It’s not just the history of Eddie as a guitar legend, but also the challenges he faced growing up mixed race in Pasadena, which always spoke to me. And the community support and initiative to make this happen is inspiring. Thank you to everyone!”

The public was not invited to Monday’s ceremony due to coronavirus protocols and the family was also not present due to scheduling conflicts, officials said Thursday, but they hope residents will enjoy the memorial for years to come.

The location is where the band played several of its earliest performances. Pasadena 4 Halen, a group led by Pasadena residents, raised money from donors and fans of the musician and band to fund the plaque.

Published to coincide with the first anniversary of his death from cancer on October 6, 2020, the book highlights his greatest triumphs as a groundbreaking musician, including an unprecedented dive into Van Halen’s masterpiece 1984. It takes an unflinching look at Eddie’s early struggles as a young Dutch immigrant unable to speak English, which resulted in lifelong issues with social anxiety and substance abuse. It also examines his brilliance as an inventor who changed the face of guitar manufacturing, as well as his turbulent marriage to Valerie Bertinelli and his relationships with bandmates David Lee Roth and Sammy Hagar.