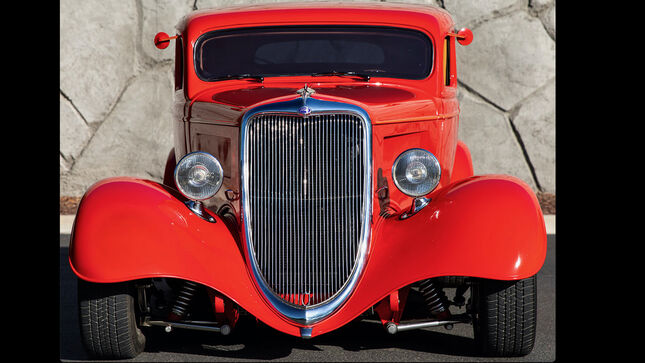 Excellent condition, this incredible car is a rare four-door, very hard to find in this condition and extensive customization. The car comes with a copy of the Eddie's signed original State of California Certificate of Title with the transfer date of 06/26/91. It lists Eddie as the registered owner at the address 15760 Ventura Boulevard, 700, Encinco, CA 91436. Eddie signed the original title twice. The title states the year and make of the car, "34 Ford", the plate number 2VVN631, vehicle ID number 18527148, and body type model "4D".

The car has been housed in a climate-controlled garage and features a host of custom details created specifically for him. The lot also comes with a beautiful fender guitar signed by the original Van Halen lineup, Eddie Van Halen, Alex Van Halen, David Lee Roth and Michael Anthony and an Eddie Van Halen signed framed piece. 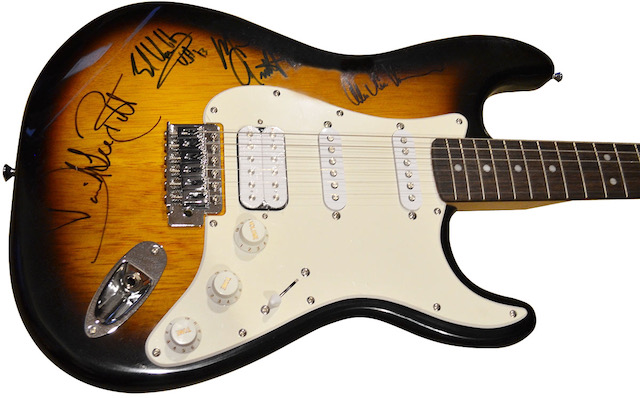 A photo gallery and further details, including a list of extensive customizations, can be found at Gotta Have Rock & Roll.