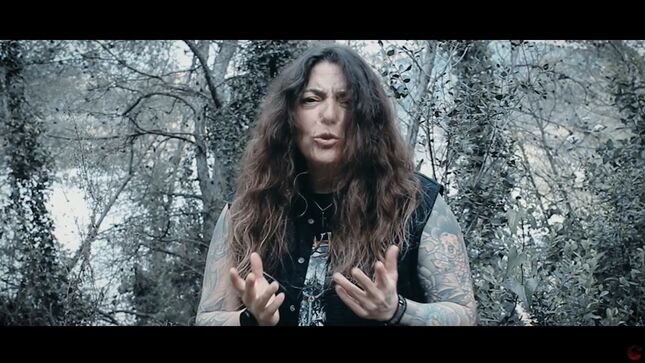 Spanish singer Elisa C. Martin became a landmark in the ‘90s and wherever she went, Elisa left a positive legacy for the music. With over 25 years of experience, the artist has just officially announced the beginning of a solo career and the desire to expand her art outside the European market.

The vocalist's first solo record is an autobiographical work, which tells a story of strength and overcoming, which reaffirms the pseudonym she has with her fans: “La Guerrera” (The Warrior). The album was recorded in Spain and in Los Angeles, in The United States, along with the producer Damien Rainaud (Dragonforce, Baby Metal, Fear Factory) and renowned Brazilian guitarist Bill Hudson (Doro, Dirkschneider, Northtale, Trans -Siberian Orchestra).

The album features a special guest appearance by renowned guitarist Dino Cazares (Fear Factory) and will be released in Latin America by the rock and metal label Outono Music, in partnership with the traditional label Universal Music, which leads the Brazilian market.

The singer is a heritage of heavy music, having been elected for several years the best female heavy metal singer in her home country, Spain, as well as receiving similar awards in several other countries in Europe, America, and Japan. She has had outstanding moments in important bands such as Dark Moor, Fairyland, and Hamka, among others.

Singing teacher, songwriter, and producer, in addition to being a vocalist, Elisa has a vast musical curriculum, participating in the world's biggest music festivals and recording albums acclaimed by audiences and critics, and gaining the recognition and respect of thousands of people who follow her career.

Elisa is currently preparing the release of the first single from the album, set to be fully released in 2022, and plans to make her biography available in English, “My Life - From Crime to Heavy Metal ”, where she tells her story of difficulties and overcoming.