EMPRESS Release "Into The Grey" Video 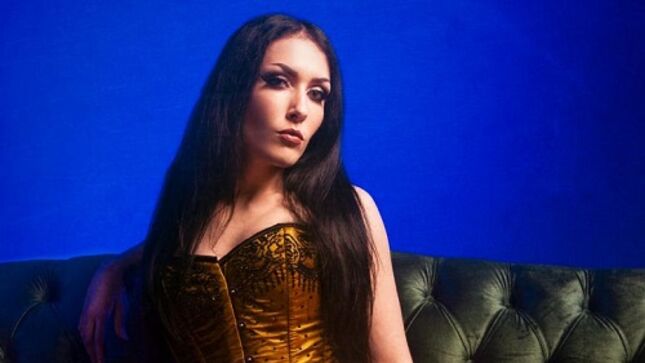 Empress is an American metal quintet with a love of weaving grand tales over catchy and triumphant symphonic soundscapes.

Formed in Philadelphia, Empress will release their debut album, titled Fateweaver, on August 19th. As the band navigates the overarching theme of destiny through the tales of the individual characters on each song, the album asks: “Are you bound by fate, or bound to control it?”

"Into The Grey" paints a picture of the moment just before leaving behind all that is familiar and diving into the unknown in order to chase your dreams. It is about sacrifice and the hope that can be born from it.

Empress comments: "We are beyond excited to finally unveil Fateweaver. We’ve been dying to share this record with everyone and cannot wait for you to listen to this thing. It was a blessing and a pleasure to get to work with the legendary Dan Swanö (Opeth, Insomnium, Katatonia) of Unisound Studios for the mixing and mastering, he was fantastic and made this album sound huge."

"The band is so excited to take this album to the stage and show everyone the power we believe this music holds. Every detail was given great consideration and we left no stone unturned in producing these songs. We hope it pays off in giving you all the symphonic power metal album you’ve been yearning for!"