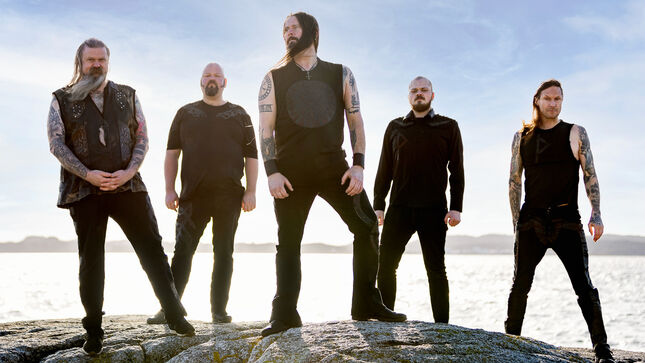 Those few golden, undying hearts are those of secret sons. And the secrets of the Sun are those of daughters asking to...

Bergen visionaries, Enslaved, are proud to announce their 16th studio album, Heimdal, set to be released on March 3 via Nuclear Blast Records. Today's news is accompanied by the release of a blistering new single, titled "Congelia", alongside an emotive, environmental video.

Enslaved's Ivar Bjørnson & Grutle Kjellson commented: "It’s quite weird, yet pretty awesome that we are now talking about the release of our 16th album; yes our 16th full-length album release. That’s not too shabby for a couple of scallywags from rural western Norway, is it? If you count our stint in the short lived Phobia-act, we have been playing together for no less than 32 years!

"In all these years, Norse mythology has been our umbilical cord to the realms of mysticism and philosophy, and our gateway to the realms of deep psychology and the esoteric worlds beyond. One of the most fascinating characters of our mythology is Heimdal, and he has been lurking around in our minds like an enigma for three decades now. His first appearance was in a song called 'Heimdallr' on our demo tape Yggdrasill back in 1992, and he’s had both minor and more significant roles in our lyrical universe over the years.

"This time we have decided to dedicate an entire body of work to this most enigmatic of characters and richest of archetypes - we give you 'Heimdal'. We have reached deeper and scouted further ahead than ever before - the past, present and future sound of the band comes together in songs born from sheer inspiration - it is the common force of a close-nit group of friends and musicians."

Listen to "Congelia" here, and watch the video below.

Heimdal, is both a departure and a communion with roots forged over three decades ago in the turbulent birth throes of Norway’s black metal scene. The record is named after Heimdal, arguably the most mysterious entity in Nordic mythology. 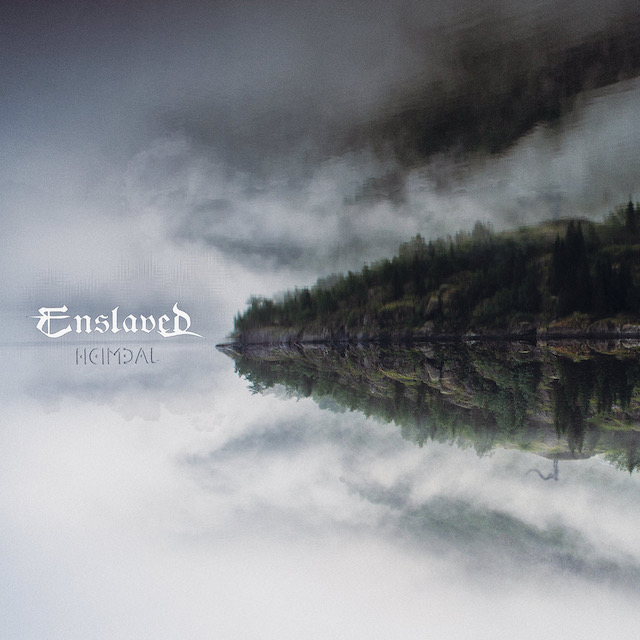 "Caravans To The Outer Worlds" video:

The album was recorded primarily at Solslottet Studios in Bergen, which is owned by Iver Sandøy. Solslottet is a satellite of the well-known Duper Studios, where the drums were recorded and engineered by Iver himself, with assistance from Vegard Lemme. The main guitars, bass, pianos, organs, and vocals were also recorded at Solslottet. Arve 'Ice Dale' Isdal recorded his guitar leads at his own Earshot & Conclave Studios. The final touches and a few experimental ideas were added at the Overlook Hotel using Solslottet’s mobile studio rig. All music for Heimdal was written and demoed at Ivar Bjørnson’s own Crow’s Nest studio.

Never faltering, Norway’s iconic Enslaved continue to exist as one of the most original and dependable components in our scene's indestructible backbone. Possessing the reputation as one of the most riveting live acts around, they never fail to offer us talent of the highest calibre, always doing justice to their signature black/progressive sound. Enslaved was formed in 1991 by Ivar Bjørnson and Grutle Kjellson, releasing their first demo Yggdrasill in the summer of 1992, their legendary mini-album Hordanes Land coming out in 1993, and with their debut full-length Vikingligr Veldi arriving in the spring of 1994.

Enslaved in 2022 are a band in stellar form - a band at its most existentialist and self-conscious, proud Bergeners bearing the torch of their hometown’s extraordinary musical history. Their most recent material shows Enslaved at their most unleashed and thought-through - a lethal combination unfurling a potential that’s easily rekindling the furor of their early works while dancing gracefully through their most ambitious, most haunting and most musical tunes yet. A contradiction? Life itself is a contradiction. And yet we all live to prove it wrong.