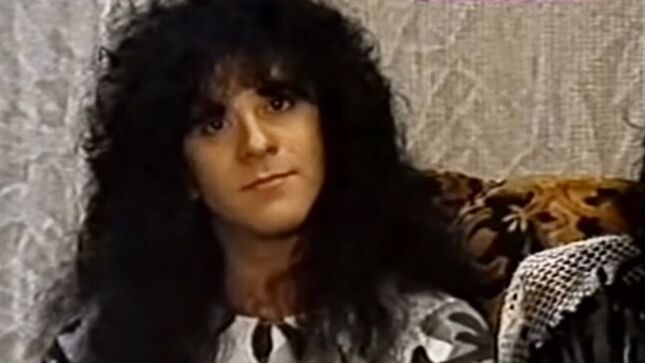 A Ludwig 12-piece drum kit made for and owned by KISS drummer Eric Carr has been listed for sale via Reverb. The seller has posted the following description alomg with a series of photos, found here.

"Every kid growing up in the 1980’s probably said to themselves 'I would like to have Eric Carr’s drum set.' Now is your chance to own Eric Carr’s personal Ludwig Classic Maple Black Cortex Ludwig drum set with Certificate Of Authenticity from the Eric Carr Estate.

While I was playing in a KISS tribute band in 2005, my dream came true when I bought this kit from Paul Orofino, one of Eric’s closest friends, and the one who recorded Eric’s audition demo tape for KISS. Paul told me Eric gifted him this drum set, Simmons pads, and I believe his chrome Chikara set, and Eric had it sent freight right after his video shoot for 'God Gave Rock N Roll 2 You 2', from Los Angeles to Paul’s recording studio in Milbrook, NY. Paul said he recorded albums by Blue Oyster Cult and other popular bands with some of the drums from this set. The Ludwig coliseum snare drum and stand in the pictures was not Eric’s but is period correct and included in the sale. Paul would not sell Eric’s snare drum." 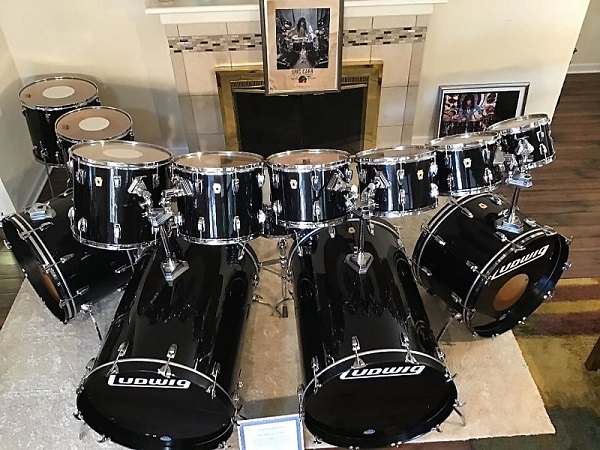 Former KISS guitarist, Bruce Kulick, recently released the video below, along with the following message:

"Eric Carr passed away 30 years ago, on November 24th, 1991. Although it sounds like a long period of time his presence has never left me. He was my dear friend and bandmate. My years traveling, working and playing in KISS with him, were unforgettable. Please enjoy my memories of this great man, and know his legend will always live on in the hearts and minds of his fans, family and friends."