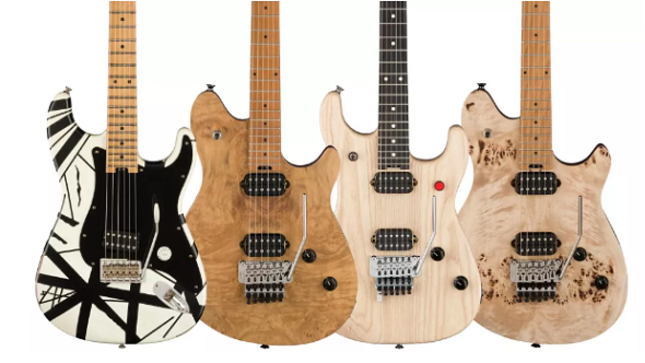 According to Guitar World, after releasing a striking Gold Sparkle-finished Wolfgang WG Standard model last month, EVH remains on fine form as it launches four new models for summer 2022. They include a limited-edition 5150 Deluxe, two exotic wood-topped Wolfgang WG Standards and a new addition to the company's Striped Series, the '78 Eruption.

On the cover of Van Halen’s 1978 eponymous debut album, Eddie Van Halen thrusts his black-and-white striped Strat-style guitar towards the camera as if he’s showing you the future. He played this guitar on his unprecedented and mind-blowing 'Eruption' guitar solo, thus its nickname, and almost immediately, this monumental instrument became a timeless icon, symbolic of a paradigm shift in guitar-driven rock and roll.

Back when this trailblazing album first appeared, nobody had ever seen or heard a guitar like that because no such guitar ever existed. What was this? You couldn’t buy one.

That’s because he made it himself. The 22-year-old Eddie Van Halen had the mind of not only a great musician, but also of an innovative inventor—a constant tinkerer who was always messing with his gear. Eddie would say it was out of necessity as no off-the-shelf guitar had the features he needed to really do his job and realize his full potential. So, he took matters into his own capable hands — refretting the neck, installing a humbucking pickup which he potted in paraffin wax, as well a single master volume knob (famously labeled as "Tone"), brass nut and tailpiece from a ’58 Strat, cutting out and mounting his own homemade black and of course, coming up with iconic striped motif.

To read more on the Striped Series '78 Eruption, go to this location. It is due to be available in September.