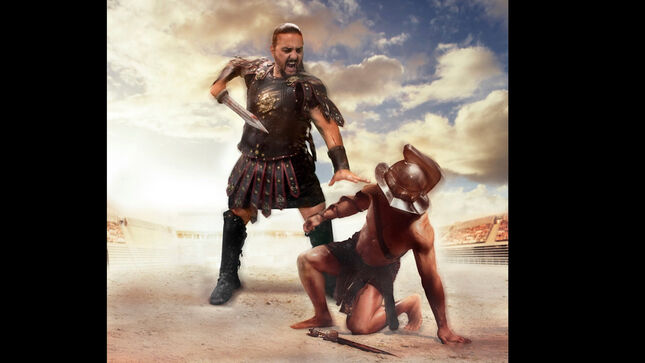 Juno award-nominated symphonic death metal band, Ex Deo, recently announced the release of their upcoming full-length album, The Thirteen Years Of Nero, out August 27 via Napalm Records. On The Thirteen Years Of Nero, the collective transports the listener back to Ancient Rome with 10 cinematic masterpieces that tell the conceptual story of the reign of Emperor Nero. Accented by sounds of ancient instruments like lyra and harp and detailing the harrowing stories of Nero’s surroundings, close allies and enemies, listeners will connect with intense psychological tones of political turmoil and paranoia.

Frontman Maurizio Iacono says about “Boudicca (Queen Of The Iceni)”: “Queen Boudicca has been a symbol of freedom and rebellion in England since her ultimate sacrifice on the battlefield defending her people and their beliefs. Rome, in full expansion and under the rule of emperor Nero, was on a mission to annex Britain as a Roman province after the death of King Prasutagus (Boudicca's husband). The Roman treaty died, and so did peace. The song embodies the tense exchange and mind frame of Boudicca against the Roman Empire's invasion and occupation. We are thrilled that Brittney Slayes of Unleash The Archers accepted the invitation to guest and deliver a powerful performance on this song. There's no one that better embodies the fighting spirit of Boudicca in metal than Brittney - the choice was clear. Prepare to be transported to ancient times of war and let the metal flow!"

Guest vocalist Brittney Slayes of Unleash The Archers adds: "I was beyond excited to get the invite to be a part of this project! I am a huge Ex Deo fan, plus I love the history and mythology they always incorporate into their albums, so it was a huge honour. Not to mention getting to 'play' the role of the iconic and powerful Boudicca was the chance of a lifetime! I have always been inspired by the warrior queen of the Iceni and could not wait to lend my voice to her part. Here's hoping everyone enjoys this track as much as I do!"

The Thirteen Years Of Nero pierces through the silence with its first auditory spear, “The Fall Of Claudius”, immediately drawing the listener in with a savagely heavy, grooving riff, ground-shaking swells and warning strings and horns. Discordant harmonies collide as a mosh-worthy battle riff chugs and pinches through the center of the song, showcasing the ruthlessness to come. “The Head Of The Snake” and unforgivingly immense “Britannia: The 9th At Camulodonum” balance sinister, spectral-like channels with up-tempo elements, racing like a chariot of symphonic death metal influences that careen the listener back to a sonic dimension of time forgotten. Standout opus “Boudicca (Queen Of The Iceni)” features the deft vocal stylings of Unleash The Archers frontwoman Brittney Slayes, the album’s weightiest thunderous percussion work and a glistening guitar solo, while the embers of pulsing “The Fiddle & The Fire” spark as the track traverses methodically yet steadfastly, like an iron striking a blade. “Son Of The Deified” and “What Artist Dies In Me…” bestow some of the album’s most strikingly dynamic guitar work, as well as ominous instrumentals, orchestral and choral pathways, before closing with the superb epic “The Revolt of Galba”. The track ebbs and flows between grooving, eerie piano-laden riffs and crystal-clear flourishes bestrewn with soaring strings.

With The Thirteen Years Of Nero, Ex Deo have released their finest work yet while telling a timeless story of political intrigue, suspicion, evil and tyranny!

Maurizio Iacono says about The Thirteen Years Of Nero: “When it comes to Ancient Rome, the content is long, rich and extensive, the personalities reflect every society imaginable from just, fair and generous to greed, evil and merciless. The world we live in today was shaped by Rome – it doesn’t take much see it all around you in the simplest things. For this record, it was the proper time to fallow the timeline of one Rome’s most controversial figures, Nero. On this album, we follow him through his thirteen-year journey as emperor of Rome and unveil the true face of one of the world’s most worshiped villains.” 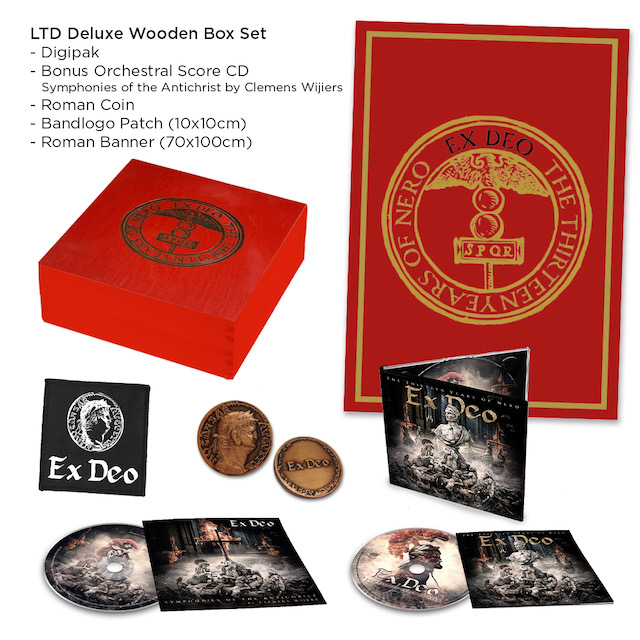 The Thirteen Years Of Nero will be available in the following formats: 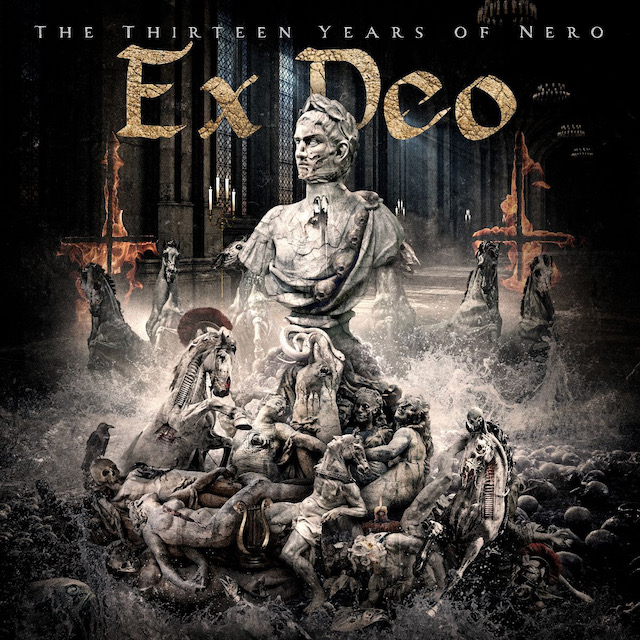 The Thirteen Years Of Nero tracklisting:

"The Fall of Claudius"
"Imperator"
"The Head of the Snake"
"Boudicca (Queen of the Iceni)" Feat. Brittney Slayes
"Britannia: The 9th at Camulodonum"
"Trial of the Gods (Intermezzo)"
"The Fiddle & the Fire"
"Son of the Deified
"What Artist Dies in Me..."
"The Revolt of Galba"