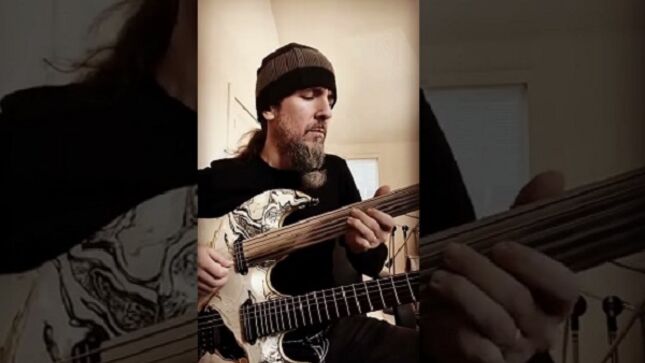 Guitarist Ron "Bumblefoot" Thal (Sons Of Apollo, ex-Guns N’ Roses) recently spoke with Brazilian journalist Igor Miranda and revealed that he is in fact working on new solo material. Check out the interview below.

Bumblefoot: "I haven't done a full instrumental album since 1995, so it's pretty overdue. I've been working on that slowly while doing everything else and collaborating with people and doing all kinds of other things. I tend to put myself last. If I have a load of work to do, rarely will I say, 'Nope, can't do that; I've gotta work on my own thing.' I'm trying to put myself into that equation as well and say, 'Oh, let me do something for me,' and not forget about me and my own music. So, I'm slowly getting there. Hopefully next year I'll have an album to release of my own music."

Back in January, Bumblefoot shared a snippet of some new music in the works. Check it out below.

Thal: "Working on new song for instrumental solo album. Saddest song I ever wrote (cue the This Is Spinal Tap 'Dm' jokes). It will feature beautiful violin by Thank You Scientists' Ben Karas."