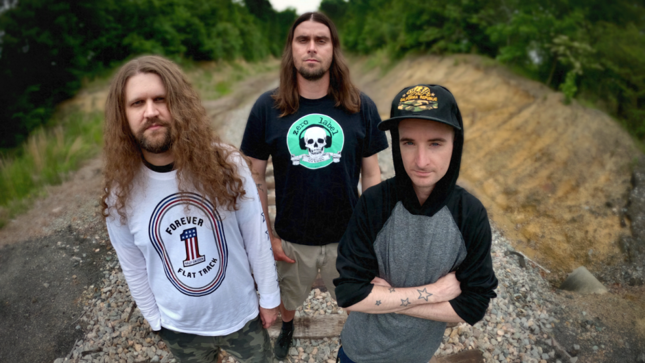 “’Zero Label’ has to do with feeling boxed in by stereotypes and particular judgements. In today's day and age, individual mind frames should be celebrated, but many still look down on individuality. If you don't feel exactly like they do or say exactly what they want you to say, then they look down on you. How are we supposed to grow as people? How do you even begin to have a conversation with someone who has placed you nice and neatly in a little box labeled ‘Trash?’ A lyric line from the song says, ‘I wipe my ass with your label's son.’ That pretty much sums up our sentiment on those stereotypes and judgements. Sorry, not sorry." - David Landers

Artusha is completed by David’s brother Caylon Landers on drums and Brian Hase on bass, all of whom are multi-instrumentalist who have written and recorded solo projects. With this in mind, the trio has elected to follow the advice of Rush’s Neil Peart when it comes to songwriting, with everything written under consensus. “This ensures there isn't always someone on the losing end of creative decisions,” David Landers says.

The band is currently in the studio working at David’s own Zero Label Studio to finish their debut album, scheduled for release later this year. The studio, which now dually serves as Artusha’s headquarters and production office, is open to the public by appointment and offers full-service music production with the brothers engineering and producing.