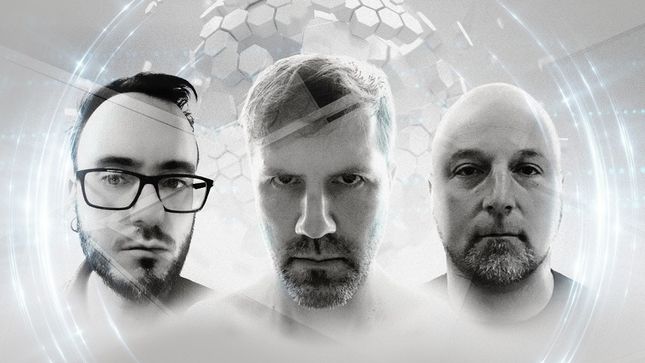 Every Hour Kills from Calgary, Canada is examining extraterrestrial threats and pondering the consequences of making dire and desperate decisions. Complete with a masterfully illustrated storybook from Splice Comics, this upcoming EP Re:Awaken is a work of art in many ways.

The second single off the EP is a Joe Satriani cover, “Time”, featuring a guest guitar solo from Rick Graham. It’s an instrumental dénouement to take the listener on a journey through the infinite. It is a heavier re-imagining of the classic, with enough familiarity to entice Satriani’s fans and a lick of creativity to stand on its own.

Re:Awaken is set in the 22nd century, when humankind was crippled by a relentless plague with no known cure. An ancient race of interstellar beings, the Illusorians, descended from the skies and offered a means to end the suffering of humanity. Each track follows the story of a person trying to navigate this cruel and unsettling reality.

Cinematic, progressive juxtaposing angular heaviness with soaring melody, each single is meant to stand alone and come together with the concept of the EP. There is no filler allowed in this project. The songs are all different yet still retain the underlying themes.

Suitable for fans of modern and progressive metal, and bands such as In Flames, Starset, and Bring me the Horizon, “Re:Awaken” comes out on October 9, 2020. The single "Time" ft. guest guitar solo Rick Graham (Joe Satriani cover) is available via its premiere on BraveWords!

Re:Awaken is out October 9; pre-save the EP here.